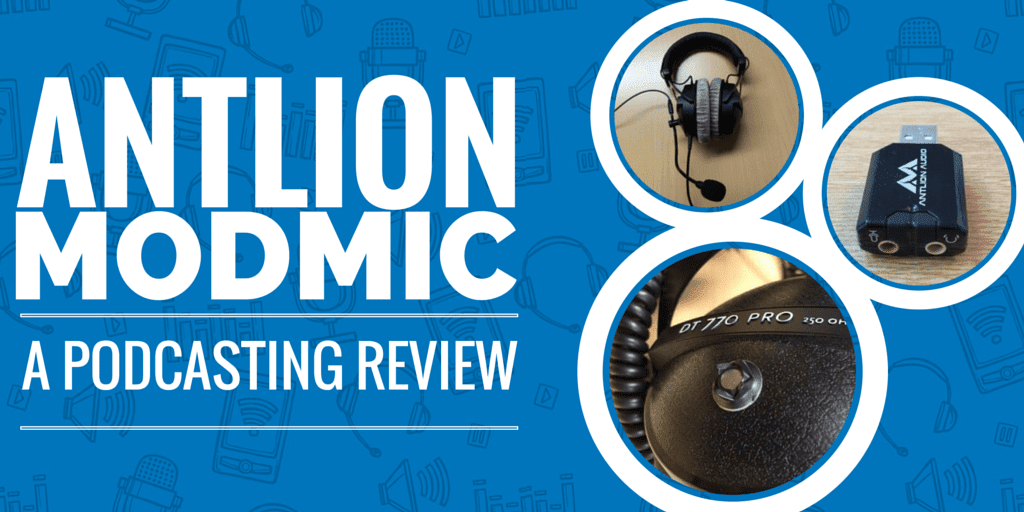 The Antlion ModMic (£40/$55) is an attachable/detachable boom microphone. It is designed for audio producers and gamers who own a decent set of headphones and don't want to have to swap them for a headset mic if they need to record, or chat to someone online.

How Does It Work? 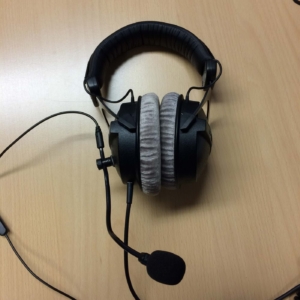 The boom attaches to a little base clasp which you stick on to the outside of one of your headphones. It's a clever design with a magnet and gripping teeth which ensures that the boom doesn't move or fall off during use.

The clasp is unobtrusive and barely noticeable without the microphone attached to it, and attaches to your headphones with an adhesive pad. Once set up, you can change your headphones to a headset mic in a matter of seconds.

The microphone is connected to a 3.5mm cable, so you can plug it directly into your computer or recorder. There's also a little USB adapter in the box with both a 3.5mm headphone and mic port on it. This gives you the option to plug your headphones and the boom mic into the USB adapter, and connect them this way, or you can plug them straight into their relevant ports on your recording device.

How Does The ModMic Sound?

Antion say the mic is a “precision cardioid capsule” which “delivers superior voice capture while reducing unwanted background noise”. I think it sounds pretty good. I've found many headset mics sound a bit tinny and lacking in bass/low-end, but that doesn't seem to be the case with the ModMic. 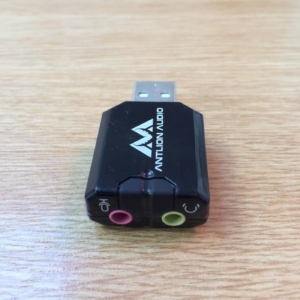 The ModMic could be a handy bit of kit if you find yourself doing a lot of Skype interviews or group recordings on Blab/Hangouts. That said, if you've got a decent quality microphone set up in your studio then it really wouldn't be necessary.

If you do a lot of travelling and continue to record whilst on the road then I can see a good case for using the ModMic. The microphone and adapter are small and fit into the hard shell carrying case provided. This would take up next to no room in your bag, as well as prevent any damage to the gear.

It's quick and convenient to set up wherever you are, and prevents you from having to hold a microphone or knock up some sort of temporary boom arm or stand.

Another base clasp is provided with the ModMic, meaning you can set it up on two different sets of headphones.

The mute button is a good feature too, and it's very easy to turn your own audio off when someone else is talking, or if you're interrupted by something.

You can buy the Modmic new on Amazon for £40/$55. This is competitively priced amongst other headset mics, and although you're not getting an entire headset (just the microphone part of one) the option to use your own headphones can be seen as a plus, rather than a minus. 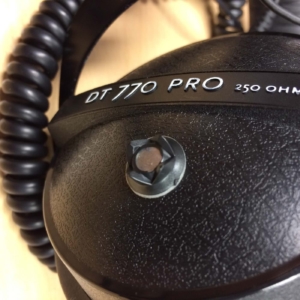 So do you need a ModMic in your life? Well it depends if you use a headset mic at the moment, not necessarily purely for podcasting, but for things like online gaming too.

If you've never used or needed a headset mic, then stick with the set-up you already have. If you're in the market for an affordable, versatile podcasting mic, I'd recommend the Samson Q2U.

If you just want a full headset, then check out our headset mic shootout article.

If you've splashed out on a decent set of headphones that are comfortable and sound great, yet you also find yourself using an ill-fitting and low quality headset mic, then the Antlion ModMic could be your ideal solution. Especially if you're after an improved audio quality.

It certainly does everything it promises to do. If you want to customise ‘the perfect headset' tailored specifically to your needs then I'd seriously consider picking one up.