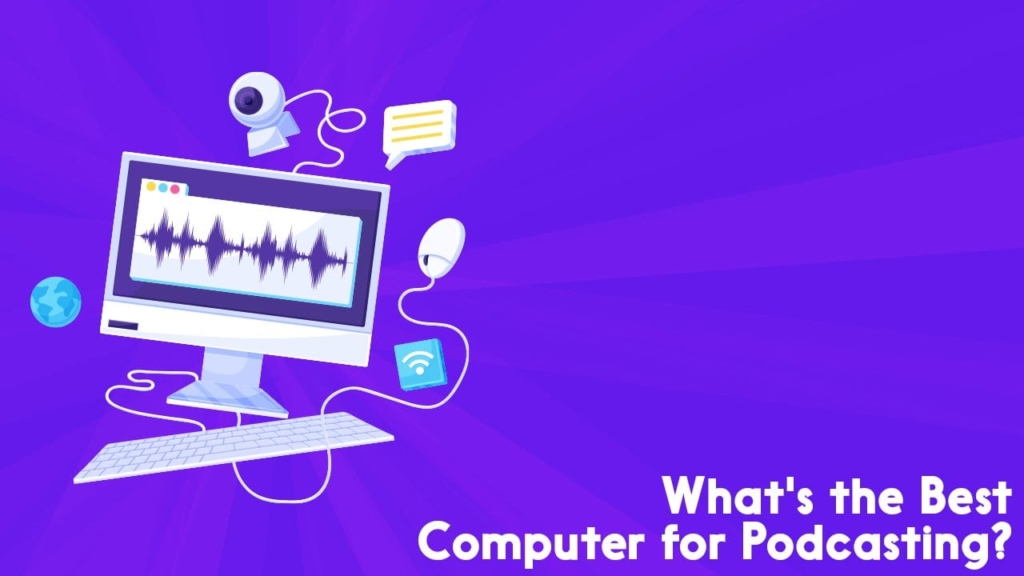 Having worked in both podcasting and IT, one of the most frequent questions I get asked is what's the best computer for podcasting or audio production. The answer, as always, depends on the podcaster. But, here I'll do my best to point you in the right direction.

There are a range of factors that play into what kind of computer or laptop you should get to produce your podcast, or any audio, and a lot of it depends on what DAW (digital audio workstation, or audio editing software in plain English!) and plugin software you use. Often, upgrading the computer you already have will be plenty, but what if you need to buy again from scratch? Let's take a look at how I think about buying a great audio production computer.

The Digital Audio Workstation (DAW) you choose has a huge affect on the computer you need. Remember to check out our podcast software article if you're still trying to choose how you edit your show.

Because I run all three of these DAWs for use with different clients, I spec out my computer system to meet Pro Tools requirements. For my needs, I know that if Pro Tools will run on the system, then so will likely any DAW I choose to use.

For the average podcaster, however, a Pro Tools capable system is likely overkill.

Another factor that determines your computer needs is the requirements of the plugins you use with your DAW. Common plugins like iZotope RX or Ozone require more resources to handle the intensive processing the software does to your audio. Virtual instruments and synths like Kontakt often require more RAM in order to handle the number of audio samples processed and keep the latency to a minimum.

This is something that comes up a lot in audio production circles. Not surprisingly, because it is important, but if you follow my CPU recommendations below, you'll find it shouldn't be an issue.

Every system has some latency. As long as the latency is below 20ms, your ears will not notice the delay.

The Most Important Specs in Podcast Production Computers

The two most critical factors that affect your computer’s ability to process sound are RAM and CPU. Other factors, like drive speed can help, but your memory and processor are the key factors in how smoothly your system, and therefore your DAW operates. 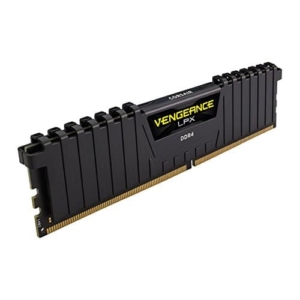 I mention memory first, because it is often overlooked in favor of faster processors. Random Access Memory, or RAM affects how much data can be held in memory for processing at once.

Often, a computer with a fast processor and low RAM will perform worse than a slower processor with more RAM. This is because any data that is not loaded to RAM needs to be sought from the Hard Drive before it can be processed. Hard drive seek times are often much slower than RAM processing speeds, forcing your processor to wait for the data it needs to process.

For most podcasters, 16GB of RAM would be overkill. If you sound design, run a lot of high-end graphics systems or games on your computer, more RAM is definitely better. But for the average user, 8GB of RAM is enough to meet most system requirements and have plenty of space to load plugins and audio.

Your central processing unit (CPU) is the brain of your computer. It takes data from the system memory and processes the calculations and machine language that allows your computer to perform its tasks.

A faster processing speed means the computer is able to complete each of its tasks faster. More processing cores is the equivalent of having more than one processor, which means your system is able to process more calculations at once. This leads to less stuttering, lower latency and the ability to handle more powerful plugins on more tracks at once.

To Upgrade or To Replace

About 80% of the time, budding podcasters can upgrade their existing computer to get better performance for podcasting applications. Most folks don’t really use their computer to its full potential.

If you have a multicore CPU that processes at at least 2.5 GhZ, it is likely that upgrading the RAM in your computer to 8GB or more will improve your system performance exponentially.

Upgrading RAM is inexpensive and pretty easy to do yourself, saving those precious pesos for microphones, plugins, music, sound effects and any other peripherals you could be purchasing instead of a new computer. Fair warning, though, it IS possible to wreck your computer doing this if you're not careful. But follow a few easy steps and it's totally possible, as shown here: how to install RAM safely.

You can buy 16GB for around $100 these days, or 8GB for half that cost. Corsair are a big brand in this space, and reliable, if you're looking for a trustworthy one – you can see one of Corsair's 8GB RAM chips here. Make sure you get the right type, and Amazon have a ‘match my computer' link on that page that'll guide you through. 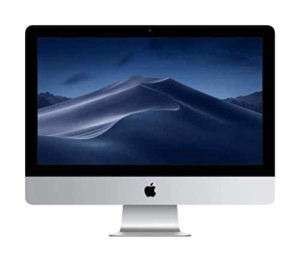 Mac v. PC is the Coke v. Pepsi of the computer world. At one time, there was a wider division between Mac and PC in terms of capabilities and especially available software. However, as Macs picked up the Intel chipset over Motorola and as software programmers began developing more for both OSX and Windows platforms, the differences became less and less meaningful.

Ultimately, the answer to the Mac vs PC question depends on user preference and budget. If you are already a PC or Mac user who is satisfied with your operating system, there’s not real gain to switching between them.

Pro Tools is the Industry Standard.

Yes! And no! It all really depends on the industry.

For the music recording industry, Pro Tools is hands down the most common software you will see in studios around the globe.

If you produce EDM, you’re more likely to work in Logic or FL Studio. If you work in gaming sound, the standards are more murky, with some working in Pro Tools, and some working in some other DAW of their choice.

Across the board, I am seeing more and more sound designers make the switch to Reaper (Editor's note: and we use Audition exclusively at The Podcast Host!). And in podcasting, no standards for software choice currently exist.

More and more, like the Mac v PC argument, the tools you use to create your podcasts or music is largely dependant on personal choice and the needs of your production. 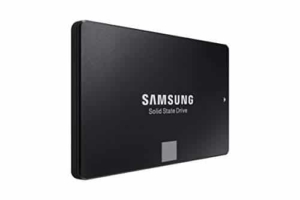 One often overlooked factor that can have a profound effect on your system performance is the hard disk drive (HDD).

Swapping your current drive with a Solid State Drive (SSD) can significantly increase the performance of your system. This is because, like RAM or a thumb drive, data is stored digitally instead of being written to a plate on the internal drive. This leads to faster seek times and a drive that operates much faster.

Editor's Note: I installed my first SSD myself about 3 years back, and it's the one thing that made the biggest difference to how well my computer runs. It's amazing, everything runs so much quicker, from simple spreadsheets up to huge Audition projects. I don't go without one now! Colin

The trade-off is that SSD drives are more expensive and don’t yet hold as much data compared to their HDD counterparts, but the price is coming down fast. To compensate, many HDDs have a built in SSD to preload data for system use. These hybrids can be a refreshing boost to your system performance without sacrificing terabytes of storage for gigabytes.

For a good quality SSD you could install yourself (make sure you're comfortable doing so – don't wreck your computer!) or just ask a local computer shop to do it for you, check out this well-thought-of Samsung SSD drive. 500GB for $80 – not bad! 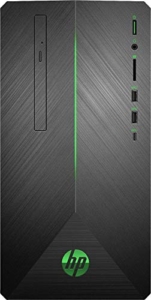 We're happy to make some recommendations here, but remember, on something like computers, it's impossible for us to actually try them all out. We're basing this on advertised spec and reviews. So, if they work as advertised, they should do the job very nicely!

For a good spec machine that wont break the bank, this HP Pavilion model looks good. It has 8GB RAM, a decent AMD processor and an in-built SSD drive.

If you want to kick it up a notch (and this is definitely overkill for average audio editing, but it'll run fast as lightning) this Dell Inspiron model carries 16GB memory, and a top-of-the range Intel i7 Processor. This would comfortably run ProTools.

For the Mac lovers out there, you're well catered for, if a little light in the pocket afterwards. You'll pay more, just for the name, of course, but the whole range of Macbooks will run Audacity or Reaper, just fine. Even the Air would do the trick, which you can usually get for under $1000/£1000 (like this Macbook Air i5 version).

The only trouble with a Macbook is that a little laptop monitor isn't ideal for detailed editing. And, if you're looking to plug in a USB microphone you'll most likely need an adapter on most models (a lot of recent Macbooks have replaced traditional USB ports with USB-C ports or removed them in favour or thunderbolt).

Going up from there the base level iMac with 8GB RAM and an i5 processor would get around both issues, having a decent set of USB ports and a good-sized monitor. But, you'll pay low £/$1000s for the privilege!

Regardless of your platform, unless you're running Pro Tools, the computer you already use might be the best computer you need for podcasting and audio production.

If needed, upgrading your RAM and possibly adding a solid state drive (eg. this very well reviewed Samsung 500GB SSD) will go a long way to improving your system performance and save you quite a bit of money.

Whether you're running a PC from 1998 that can barely process a word doc within an hour, or if you're intimidated by the thought of learning DAW-based audio production, then be sure to check out Alitu

Alitu is a podcast making app that was designed to make processing, editing and publishing simple. It enables users to create and publish a podcast without knowing the slightest thing about audio production!

13 thoughts on “What’s the Best Computer for Podcasting & Audio Production?”