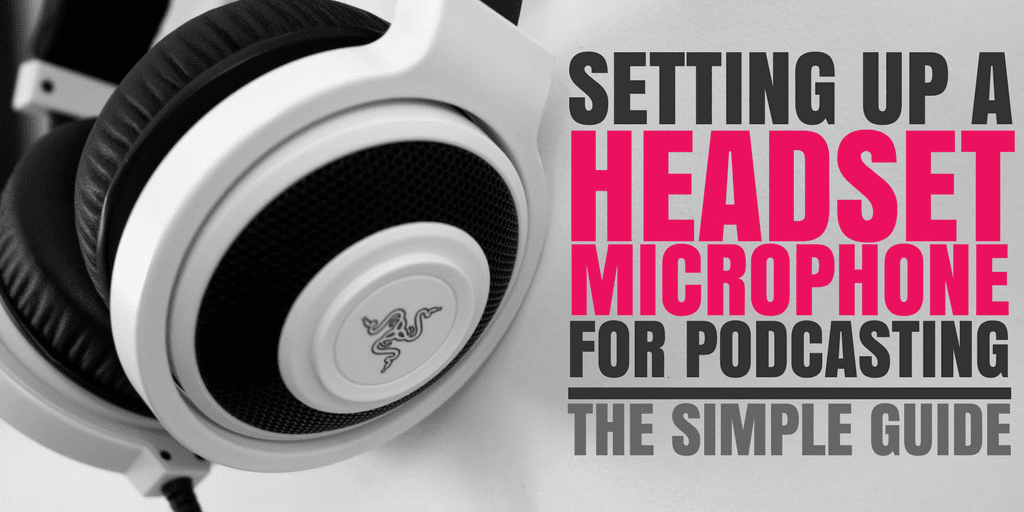 This guide is for those just getting started in podcasting. Recording your very first bit of audio can be a pain sometimes, but I'm hoping to take most of that pain away. I've worked with hundreds of people on this very topic, and the first hurdle is always your audio setup. Plugging in the microphone doesn't always do the trick – sometimes it takes a little more. Well, let's see what's involved!

Just a quick qualifier here before we start. I talk a lot about great podcasting equipment, going through microphones, digital recorders and other podcasting equipment. But sometimes, at the start, it's best to forget about your kit and just get recording! 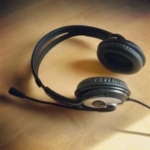 So, here's what I still record a some of my audio on, simply because it's portable, cheap and always around: The Microsoft Lifechat Headset.

Even though I said just to start recording, some headsets can be almost a little too bad in terms of quality. The Lifechat is great though, and isn't that far off more professional dedicated dynamic microphones. Is you budget a little more, then the Sennheiser PC8 is my top pick headset mic. It's great quality and and really nicely built little unit. You can listen to some sound samples and check out the details on our headset microphones roundup.

The headset is USB as well which makes it very easy to install. You don't have to worry about sound cards, or getting the right jacks on your PC – you just plug and play. 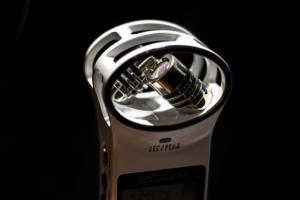 If you already have a USB microphone lying around, then that'll be a great start. Just plug it in and test out the sound. If it sounds OK to you in playback, then fire right in.

If, on the other hand, you have a headset or a microphone with normal earphone plug (commonly called a 3.5mm jack) they'll do the job just fine too. You can spot this by the dual plugs that will look quite similar to the ones pictured below. 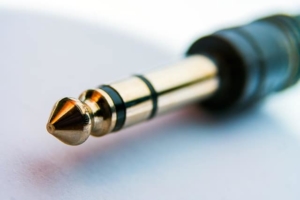 For plugging these in, your computer will normally have an earphone output and a microphone input socket, side by side. On a desktop computer they'll often be found on the front of the unit, and you'll find another pair of sockets on the back. You can use either one on most computers.

On a laptop, you'll normally just find one pair of sockets, most often on the side of the computer.

Make sure to get them the right way round, with the microphone in the mic socket and the earphones in the other. There's usually a little icon on each to help you out.

Testing Out Your Microphone

The first job, before recording, is to test out your microphone. You'll do this by firing up Audacity, and simply pressing the record button! Actually, there's one thing to check first, and that's that you have the right microphone selected.

When you boot up audacity, have a look at this section of the screen:

This dropdown is where you choose the microphone you want to record with. Often enough, there is just one option here, but sometimes you'll find your computer complicates things by registering another mic, even though it's not plugged in.

Suffice to say, if you test the mic by recording something and it doesn't work, use this dropdown to choose another one, and test again. Keep going until Audacity actually records something!

So, to do the actual test, we're going to record something with Audacity. To record, just hit the button with the big red circle on it, on the tape-deck section of the screen. Then speak into the mic for 10 seconds, and hit stop (the yellow square button).

If your recording has worked, you should see a sound wave appear on the timeline. If not, then you might see a flat line. If it's a flat line, try changing which mic you have selected, as shown above. If that still doesn't work, then try this troubleshooting guide to see if your audio settings are correct: Audio Troubleshooting Guide.

If you're still having trouble here, or you just want a little more help, remember we have a bunch of support inside the Podcast Host Academy. You can go through our Podcast Equipment course to get a video run-down on setting up, and you can use the Audacity Editing course to become expert on the package. Finally, you can jump into our fortnightly live Q&A sessions and ask any questions that are on your mind – we'll be there to guide you through it in person.

Hopefully by following the steps above, though, you can get your microphone working correctly. If your mic is all up and running, well done. Now you can record your podcast!

One thought on “Setting up a Headset Microphone for Podcasting: The Simple Guide”