We bought 4 of these lavalier mics recently here at The Podcast Host; in this review, I'll run you through them. First up though, what is a lavalier mic, and why might you use one?

What is a Lavalier Mic?

Lavalier, or ‘lav' mics are what you'll usually see pinned on to the clothing of TV news reporters. They're small, unobtrusive microphones that are flexible to carry and use.

People tend to use them if they're being filmed; it looks better than having a large mic stuck in their face. Even if you're not creating visual content though, they can come in handy. If, for example, you run an ‘on-location' interview podcast, pinning a lav mic onto your guest can yield much better results than pointing a mic at them. Some folks can get “mic fright” and seize up a bit here. Using a lav mic in these situation can lead to a much more natural sounding conversation. 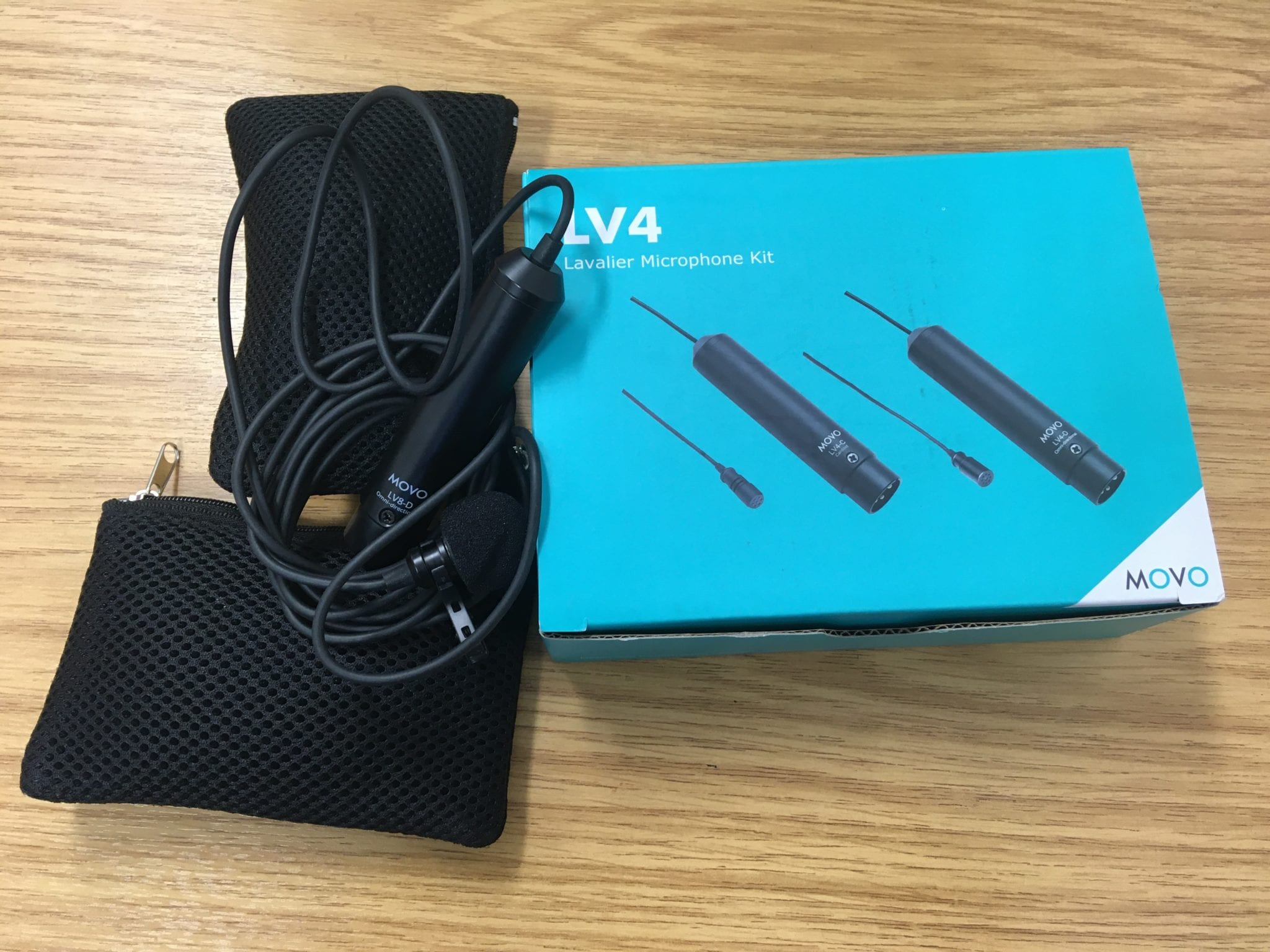 We're prone to using lav mics when we record on-the-go at events or conventions.

Traditionally we've sworn by the ATR3350s, but have been interested in seeking out alternative options recently. That's why we decided to try out 4 mics under the MOVO LV4 and LV8 banner.

There are different kinds of MOVO LV4 and LV8 models. Here's what we picked up.

The difference between the LV4s and LV8s looks simply to be be the cables. They're a bit thicker on the LV8s, and have a more robust connection to the XLR connection end.

You'll see above, from the letters at the end of the mic name, that there's 2 different types of each one. The difference here is in what's known as their polar pattern.

This really just means the way a particular mic ‘listens' for audio – the areas around it it'll focus on, and the areas it'll seek to ignore and reject.

The two models with the C in their name are cardioid microphones. Mics with this polar pattern tend to focus on the voice of the user, whilst rejecting the sounds around them.

The models with O and D in their names, are omnidirectional mics. Those don't focus on any one area or direction, and seek to record the sounds around them evenly.

So what situations suit either type? I'd say that if you were presenting, either in front of an audience, or alone in a room, the cardioid would be better. On the other hand, if you were recording some audio out and about, and wanted to capture that extra layer of ambience, you'd opt for the omnidirectional.

These are all XLR models, which mean you'll need to plug them into a recorder. Commonly, this would be a digital recorder like the Zoom H5 or Zoom H6.

You'll also need to activate your recorder's ‘Phantom Power' feature to work the mics. They won't work without it.

We tested our MOVO LV4 and LV8 mics in the office here at The Podcast Host. We had mixed results with them.

Initially, all started well testing both the LV4s, and LV8s. However, we had problems with both cardioid mics.

With the LV8s, the cardioid mic seemed as though it picked up a lot of interference when the gain was turned any higher than 5.

With the LV4s, the cardioid mic worked fine, then you can literally hear it fizzle out and die.

We can maybe put this down to the unfortunate coincidence of buying 2 faulty units. I would say though, that the LV4's problems seemed to stem from the flimsy way the cable attaches to its XLR connection end.

Both omnidirectional mics, on the other hand, worked and sounded fine.

You can buy these mics, brand new, on Amazon for

As I've said, we unfortunately had a situation where both cardioid models seemed (or most definitely were) broken.

And as the LV4s don't seem to be half as robust as the LV8s in terms of their cabling, I'd opt for getting 2 LV8-Ds if I was planning to run on-location interviews. They also come in a handy protective carry case too, which is another positive. Unfortunately though, this would double the cost of going for the LV4 pair.

As for the cardioids, it's hard to give them a fair trial if they are broken. But to be honest, I'd probably have ended up picking the MOVO LV8-D out on top anyway.

Choosing the best equipment for you is just one aspect of setting up and running a great podcast. In The Podcast Host Academy you'll find courses on anything and everything ‘how-to'. From gear and production, to voice training, promotion, and monetisation. On top of that, you can take part in our live Q&A sessions which will insure that you never get stuck on anything again!