Before writing this Rode Wireless Go review, I’ll admit I didn’t know anything at all about it when I took it out of the box. I mean… I figured it’d be something that didn’t involve wires. But that was all I had.

It came onto my radar when RODE sent us one recently. It’s always great to get one of their products in the post; I was interested to see what this wee piece of kit was all about.

I opened the box (badly. I’ve recently come to realise that I’m absolutely terrible at opening boxes) to find two little black boxes. One’s obviously a transmitter, and the other, a receiver.

One of my first thoughts was “where’s the actual mic?”

I assumed this was a lavalier kit. But then, it turned out that RODE had also sent us their Lavalier Go model. I figured that you must need both to create a working setup.

Then I spotted what looked like a microphone built into the transmitter itself (Spoiler, it is).

So it turns out, the RODE Wireless Go is basically like a wireless lav mic, without the cable. Literally wireless, in other words!

Before we crack on with the rest of the review, I wanted to offer a quick update. In 2021 Rode released the Rode Wireless Go 2. The original Rode Wireless Go – reviewed in full here – is very much still available, so which one should you buy? Here are the key differences:

So there’s your key Rode Wireless Go Vs Rode Wireless Go 2 differences. The new model does everything the original does, with a few more handy features and options thrown in. It’s fair a bit more expensive, so if you’re keen to keep costs well under the $200 mark as opposed to going way over the $300 mark, then read on for my original Rode Wireless Go review…

How Does The RODE Wireless Go Work?

You basically just clip the transmitter on to your jumper, the same way you’d attach a lav mic.

But the cool thing is, you can instead use it as a belt pack for an actual lavalier microphone (like the RODE Lavalier Go).

So that’s your two mic options. What about the actual capturing of the audio?

To record, you need to connect the receiver to a recording device. This is done via a 3.5mm – 3.5mm TRS cable, which is included with the RODE Wireless Go.

Your recording device could be anything from a DSLR camera, to a digital recorder. I’ve been using it with the Zoom H5 and Zoom H6.

The transmitter and receiver are paired out the box, so you just need to switch them both on, and you’re ready to record.

This is a one-person kit. But, you could use it as part of an interview kit. For example, I could plug another mic into the H6 and record one person on that, whilst the other records into the RODE Wireless Go.

Settings-wise, the RODE Wireless Go is minimalist, which is often a good thing for on-the-go gear.

There’s a gain (recording volume) button, labelled dB. There’s also a ‘pairing’ button which you use to connect and disconnect the transmitter and receiver.

The transmitter and receiver pieces are lightweight (both 31g, according to RODE). They’re also small enough to close your fist around.

They both have dual-purpose clip-mounts on their backs. This means the transmitter can easily attach to an item of clothing, whilst the receiver can slide securely into a camera’s “cold shoe”, if you’re using a DSLR.

Who Is The RODE Wireless Go For?

The way the mic integrates with cameras, combined with the wireless aspect, means the RODE Wireless Go will be a big attraction for folks who create video content.

For audio-only creators though, the mic would come in useful for those who record their podcasts on the go. If you like to go out for a walk whilst recording your episodes, then you’ll likely be interested in this kit.

In the world of podcasting, outdoor recording and wind are two sworn enemies.

Fortunately, you’ll find a couple of handy fur windshields in the RODE Wireless Go box. Simply clip one on over the transmitter’s built-in mic, and you’re good to head on out.

Of course, you’re never totally protected against wind. We could be talking anything from a fart to a tornado. Have a listen to the sound sample further down the article to find out how I got on.

The built-in microphone has an omnidirectional polar pattern, which basically means it picks up audio from all around out. Here’s a deeper dive into polar patterns, and why they matter.

It’s worth noting too, that whatever you’re recording into may have its own gain setting. So remember to check that if you think the signal is too loud, or too quiet. 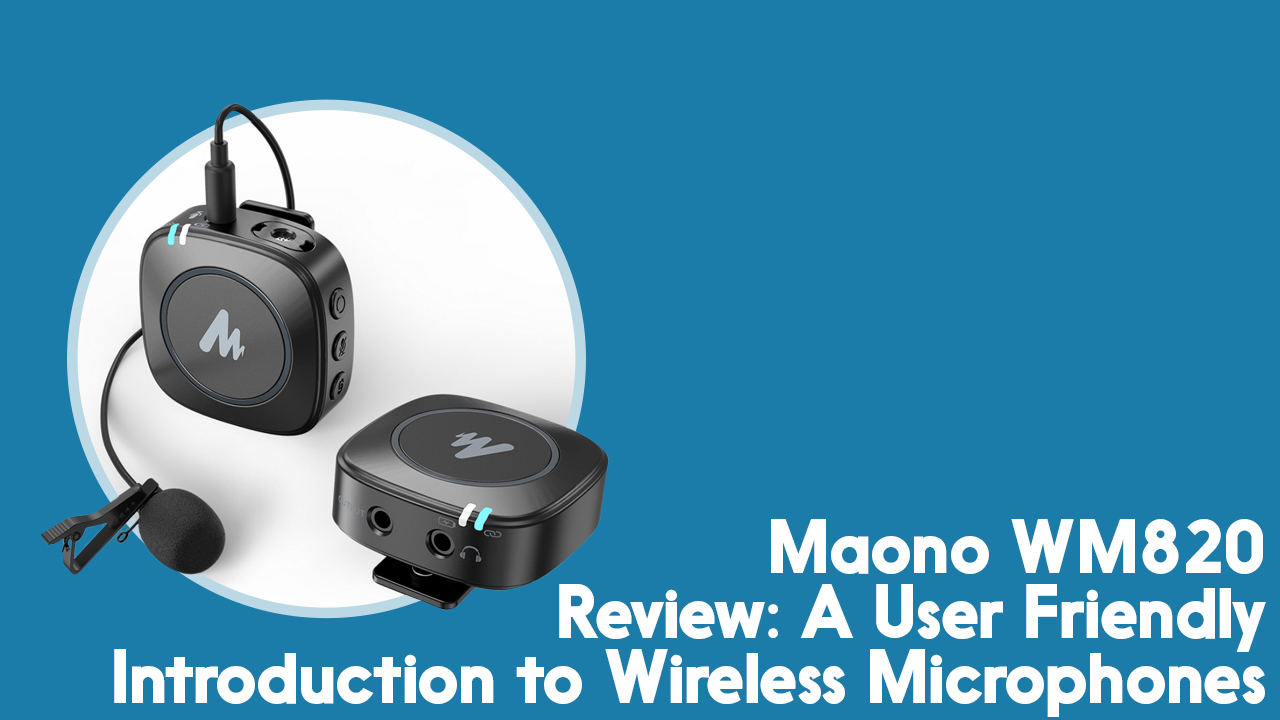 An in-depth look at a new simplified wireless microphone kit. Read more to learn about the Maono WM820. Find out more »

RODE claim the range between transmitter and receiver can be as far as 230 feet, (or 70 metres). It’s unlikely you’ll ever need that much if you’re working purely in audio.

Because it’s a wireless kit, your audio needs to fly through thin air to get to its destination. This is done on 2.4 GHz frequency band, as opposed to Ultra High Frequency. UHF is like a busy road used by loads of radio stations, so this should help minimise unwanted interference in the recordings.

Overall, I’m really impressed with the way the mic picks up the vocals.

Using the RODE Wireless Go into both the Zoom H5 and Zoom H6 I did notice a small high-pitched frequency noise cutting in and out, between the 1k and 3k range. If you’re wearing over-ear headphones, you’ll likely hear this in my indoor sample, below.

This is likely the wireless signal interfering slightly with the recorder. Digital recorders are prone to interference from things like mobile phones. It seemed to lessen the further away I moved the receiver from the H5.

This was much less obvious outdoors (I couldn’t actually hear it then). That’s handy, as I’d imagine most podcasters who use a kit like this would be doing so outdoors.

It sounded better when I ran the receiver into the Zoom’s combo jack via a quarter inch adaptor. Have a listen and see what you think.

The batteries for both the transmitter and receiver are built-in and charged by the USB cable provided. Fully charged, RODE say you’ll get up to 7 hours battery life.

You can tell when you’re running low because the receiver displays its life on its screen, whilst the transmitter has a flashing light to warn you.

In the box, you’ll get two fur windshields, two USB-A to USB-C cables, one 3.5-3.5mm cable, a little storage wallet, and the RODE Wireless Go kit itself.

A quick heads up that we use affiliate links for products or services we think you’ll find useful. We may earn a small commission should you choose to buy through them, though at no extra cost to yourself! 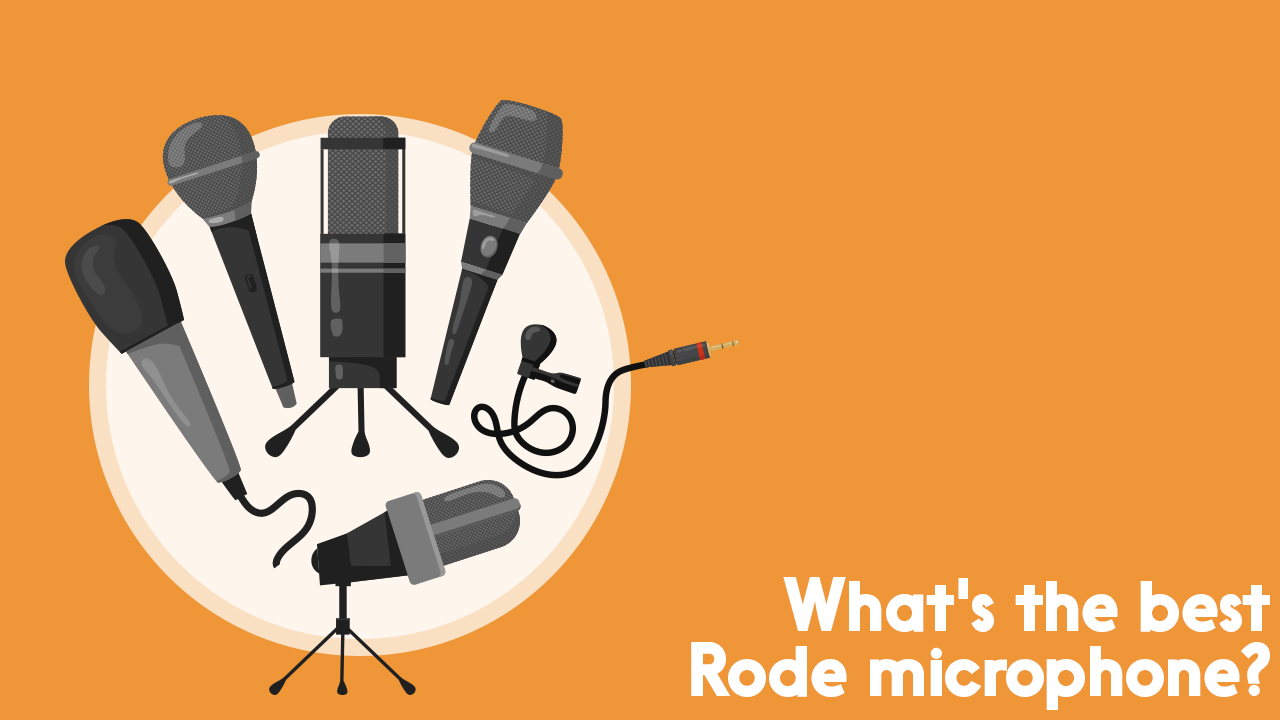 What’s the Best Rode Mic? From USB to Wireless, Dynamic to Condenser

From smartphone recording to multiple USB setups, Rode have an option for every scenario. Here, we help you pick the best fit for your own needs.  Find out more »

We’ve seen an increase in the amount of wireless audio technology in recent years, and it’s fair to say, it comes with a bit of baggage. Questionable audio quality and sketchy signal issues have plagued this way of recording, especially when it comes to kit that’s reasonably priced and accessible to most.

I tend to expect the worst when reviewing wireless kit, but I was pleasantly surprised by the RODE Wireless Go. I did experience some high-pitched frequency noise as you’ll hear in the sound samples, but running the mic into the Zoom’s combo jack seems to have sorted it. The mic picks up voice nicely too.

2021 update: The Rode Wireless Go 2 will cost you a lot more, but has a few handy new features and options thrown in!

I think the RODE Wireless Go’s features, combined with its price, will make it an attractive option for many “on-the-go” podcasters. I’m also absolutely delighted that RODE didn’t call it something that sounded like “Procaster”, “Podcaster”, or “Rodecaster”.

If a wireless mic sounds right up your street, then there are other options on the market too. Check out our Best Wireless Microphones roundup for a deeper dive on that front.

The Rode Wireless Go makes recording on the go easy – but what about editing and production? With Alitu, it has never been easier to put a podcast episode together mixing in your segments, transitions, and music. Try it free for 7 days and see for yourself!