“Make sure every character is necessary. It can be difficult to tell characters apart on the radio, and hard to get actors in, so make sure ‘Waitress 3’ really needs her story told.”

This week we're chatting to Kathleen Kidd, creator of the audio drama series A Night of Horror. 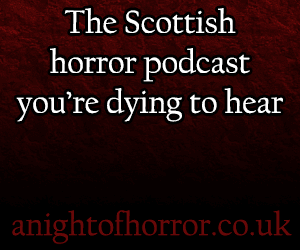 Season 1 of ANOH is a series of one-off horror stories that aim to make the audience feel as uneasy and scared as possible within 15 minutes.

Season 2 is quite different, however. Into the Murk, is 7 episodes set in a dark horror/fantasy setting, where our protagonist (Sean) is trapped and needs to find his way home.

Every week, Sean will battle against horrific surroundings while trying to escape.

Both seasons are heavily influenced by old horror radio.

I'd been listening to a lot of wartime horror radio plays and I loved how they made me feel in comparison to watching horror movies.

I felt that so many films were using jump scares and gore to create a horror feeling in the audience as quick as possible. However, I loved how old stories never showed you a monster – probably because they didn’t have the budget – but they were always so much scarier.

For me, radio meant that the audience never got to see the horror, and you are always forced to connect with the story and make up your own setting in your head.

When the audience creates their own picture of what frightens them, it brings a story to life.

I was listening to these horror radio plays from the ‘40s and I loved how insane some of the storylines were. Modern horror really focuses on romance storylines, how cool teens live, jump scares and gore.

I liked the idea of a woman who turns into a cat, and then there's an advert for cigarettes and lard in the middle of it. It made me laugh and I wanted to try it out.

The first episode, Vacancy, I set in the 60’s, and put an effect over the track so that it sounded like you were listening to it in that decade. I put an advert in the middle for the brand-new invention of microwave dinners and tried my best to make it sound of its time.

From there I just played around with making different short stories that aren’t bogged down with B storylines like does Sarah ever pass her exams? or Will Billy ask Maddie to prom? Just, Will Gordon belong to the beast?.

I love to go on walks listening to music and make a scary story up in my head.

I imagine the song I’m listening to is over the scene, and I picture the radio plays as live action. I feel like it helps me to connect with the characters, which should in turn help the audience connect with them.

Then, after I have an idea of what the main plot points are, I write down the story. After that, I re-write it, taking out extra characters that don’t need to be included.

I usually send the story to others involved in that episode, asking them for their views on what works and what doesn’t.

The first series was recorded episode by episode, but the second series is being recorded in one day.

I record all the episodes in studios in Ayr, with me in the producer room and the actors in a room next door separated with a glass window. They can sit round the table reading and I can call through to them over a headset.

I've created a schedule with a scene-by-scene guide in order of recordings so that I know how long the day should last.

I've a folder with all the scripts with rainbow sticky notes all set out as well, which has helped, and not to mention it looks the part.

Our assistant producer, Sadie Woods, has made sure all the scripts are ready for recording. She'll also be recording solo performers in another room.

Our music producer Poor Larry will be there listening to the lines live so that he can get the feeling of each scene and take down music notes.

Could you tell us some other audio drama or fiction podcasts that you like?

Strathclyde Radio Light Broadcast (from the same person who makes End of The Schedule) is great. I love hearing Scottish voices on radio and it’s a great surreal piece.

Also The Magic Tavern, which again is something quite different to what’s being made now. Basically, anything with Vincent Price in it. His voice was made for radio. He could read the phone book and I’d need to sleep with the lights on.