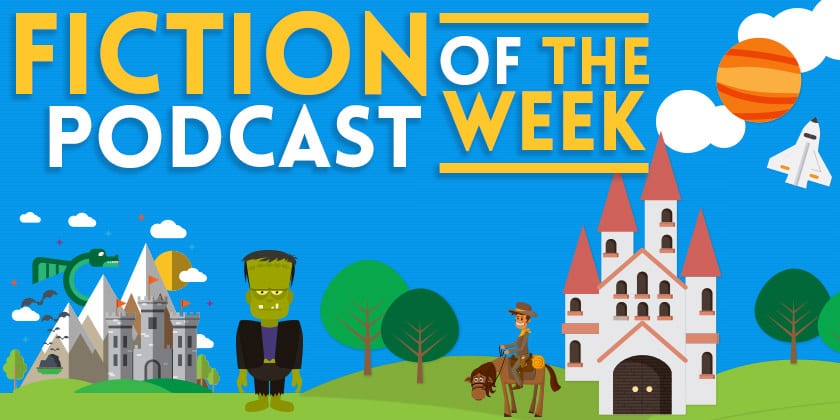 If you've got a story to tell, find a way to tell it. A lot of the best stories have been told without a lot of resources, and some of them benefited from having to innovate their way out of scarcity.

This week we’re chatting to David Benedict of the audio drama anthology series The Centauri Express.

The Centauri Express provides a variety of audio drama entertainment told in a serialized format.

Rather than running seasons of the same show, with the same characters, we tell a complete story and then move on to a new one. If a particular series proves popular, we might bring it back with another cycle of episodes, but otherwise we just keep it moving.

This allows us to broadcast continually without taking breaks between seasons, because we can have more than one series in production at a time without affecting the current storyline.

Currently on the Express is “Dash Cardigan”, a 13-episode space opera. The year is 3157 and Earth Central is under attack from a menacing force known only as The Dark. In desperation, Dr. Marta Cantrell and First Speaker Duvant use the temporal grapple to bring a great military commander back from the distant past. Their target: James Thomas Brudnell, Lord Cardigan, the leader of the Charge of the Light Brigade.

Unfortunately, due to a slight malfunction, they get Dash Cardigan, an underemployed actor from the 20th century. Can Dash muddle his way through defending Earth from The Dark? Will he survive the onslaught of the Krelyn cyborgs and their malevolent commander, The Basilisk? And what of the tempestuous Grand Suzerain of The Dark, Delayna Delyn?

ARTC began podcasting back in 2006 under the ever-so-imaginative title of ARTC's Podcast. The original format was to make recordings of our live performances available to people who couldn't make the shows.

During the last 10 years, however, podcasting and audio drama changed, and so we're changing with it to try to offer audiences more of what they like the most and the current preferred format is studio-produced serialized content. Live performances are still available to our Patreon subscribers.

ARTC's Podcast was our answer to the dilemma we were facing back in 2006 (and prior…we've been doing this since 1984), which was no matter how we described what we were doing to people who had never heard of it, they didn't really get it until we played them a sample. Podcasting seemed like a good way to get those samples to a wider audience.

The Centauri Express was originally an audio magazine distributed on cassette back in the late 1980s, sort of the audio equivalent of a “zine”. A variety of factors, including the demise of the cassette as a distribution platform and the rise of the internet, made that less viable and so the Express ceased publication.

The current Express is primarily audio drama, but we're retaining a bit of that audio magazine feel. Periodically we'll feature additional segments, such as panel discussions recorded at conventions, SFX demonstrations, interviews with authors or other personalities, and whatever else we can come up with that we think would be interesting. Not every episode features these extras, but we like to include them when we can.

ARTC is blessed to have many writers who contribute regularly to the show and a backlog of scripts that have yet to be brought to production. “Dash Cardigan” was written by the late Thomas E. Fuller. Our next offering is expected to be “Nairobi Jack Rackham and the Lost Gold of the Atlantimengani”.

Each writer goes through their own process, and many of these series were created and written several years ago. This is occasionally an issue as we have to update some of the pop culture references.

All of ARTC's productions for the last 3 years have been recorded at ARTC Studio, our very own recording facility.

Prior to that we recorded mainly at Audio Craft Studio. The setup allows up to four actors at a time to perform together.

For “Dash Cardigan” we tried our best to have as many of the cast members present during the session so they could play off of each other, but there were a few drop-ins because even in a setup like this it's almost impossible to get everyone together at the same time.

Producing “Dash Cardigan” has required a bit more of a learning curve than you might expect for a company as old as ours.

For one thing, having access to the recording booth whenever we wanted it has taken some getting used to. Audio Craft is an amazing facility, but it required us to schedule things around the owner's personal and professional commitments.

Having ARTC Studio is an amazing asset, but we got a bit ambitious when we first got it up and running and tried to do too much too quickly. As a result, “Dash”‘s production has been a bit chaotic. But from that chaos we've produced a really good product and learned how to streamline the process to make everything better going forward.

We work closely with the Harry Strange Radio Drama and I also perform with The Blood Crow Stories here in Atlanta, but apart from those shameless plugs I like to listen to The Bright Sessions, Radiation World, and Alba Salix, Royal Physician.

Don't let the perfect be the enemy of the good.

ARTC's production cycle is speeding up, but has been very slow up to now because we insisted on pristine recording environments and would ask our writers for many, many rewrites. Part of that was the luxury of having access to Audio Craft – it's tough to justify a step down after being in such a fine facility – but if we had been willing to find a recording space that was pretty good instead of requiring a really good recording space, we could have done a lot more a lot sooner.

If you've got a story to tell, find a way to tell it. A lot of the best stories have been told without a lot of resources, and some of them benefited from having to innovate their way out of scarcity.