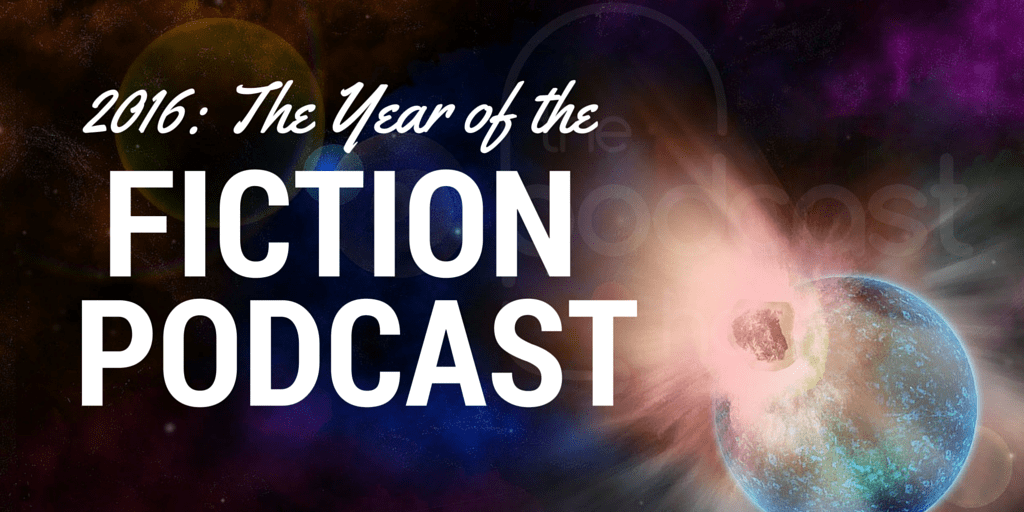 A lot has changed in podcasting over the past five years. Back in 2010 I mainly listened to a handful of football shows. It was around that time that a friend suggested I check out a “zombie podcast” he'd been listening to.

The show in question was We're Alive, described as a “modern audio drama”. I began binge listening through the entire series. It was a story about a group of survivors during a zombie apocalypse in Los Angeles. I had heard old radio plays before, but this was different. It was much more cinematic.

Discovering fiction podcasts like We're Alive was the entrance to a rabbit hole for me. I went down it and never looked back.

Whether you want to call it fiction podcasting, radio drama, radio plays, audio drama, audio fiction (and I'll cover this in another article), storytelling via the medium of sound is a very old thing. But podcasting was (and still is) a very new platform. This, combined with what looked like a fresh approach at the telling and production of stories, was extremely exciting. 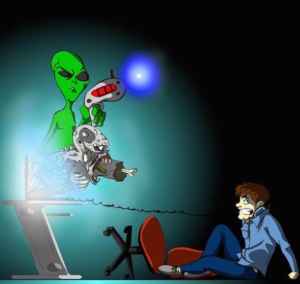 I discovered two other fiction podcasts, Edict Zero FIS, and The Leviathan Chronicles. In fact there were communities and groups that had been making this stuff for a long time. I found two podcasts, Radio Drama Revival and Sonic Society, that had been podcasting audio drama since 2005. In my feverish enthusiasm I began to tell everyone I could that they needed to listen to all of these shows. This was met with lukewarm response as people tended to imagine old radio plays, rather than cinematic sonic experiences.

It was clear at this point that it would take time for audio fiction to reintroduce itself to the masses. But things are beginning to change.

The last thing I want to do is churn out another “the rise of Serial…” article. We certainly can't ignore its impact on the podcasting landscape however. Though Serial was neither fiction, nor audio drama, it was certainly storytelling. I don't think Serial was exclusively responsible for the rise of fiction podcasts today, but it certainly helped open the gates a bit more. Suddenly a large amount of podcast listeners wanted to hear a good story on their commute.

Even without Serial, shows like We're Alive and Welcome to Nightvale had already amassed tens of millions of downloads each. This proved beyond all doubt that if you can tell a good story which is well produced and consistently released, that you can build a large and fanatical audience.

It's impossible to say how many struggling writers, drowning in a world of saturated self-published ebooks, have suddenly seized podcasting as a much more effective platform to tell their stories. But many have, and will continue to do so. 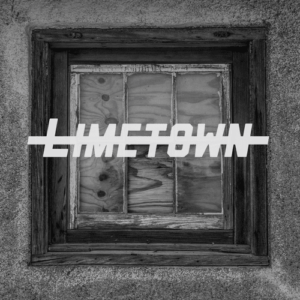 el Ancestor back in 2007. But the realisation that you can do much more than read your book into a microphone is an ever growing one. Last year fiction podcasting leveled up once again with shows like The Black Tapes, Limetown, and The Message arriving on the scene.

Interestingly, the latter is created by General Electric, essentially to raise their profile amongst younger people. Unlike cinematic audio dramas such as We're Alive, these shows are done in a mocumentary “as real” style, presented as investigative podcasts. Whether or not these shows were influenced by Serial, only their creators can answer. But their easy to follow and intriguing stories have had exactly the same effect on listeners. They want the next episode, and they want it now.

The Fiction Podcast in 2016

Fictional documentaries don't spell the end for cinematic audio drama. Far from it. We're just seeing an increasing number of ways to tell stories in audio. The BBC, a veteran of traditional radio drama, recently commissioned legendary producer John Dryden to create Tumanbay, which began in December of last year. Described as “the Egyptian Game of Thrones” this show is certainly in the cinematic camp. And in the world of independent audio drama producers, shows in this vein are being created and released with increasing regularity. 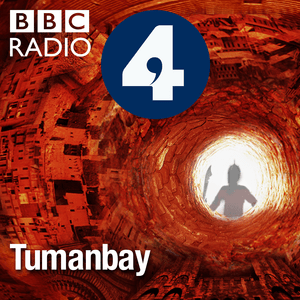 The beauty of audio is its almost limitless possibilities. I still feel that excitement when I discover a show I love for the first time. Only this morning I began listening to Wooden Overcoats, described by the Daily Telegraph as “a quietly significant moment in British radio comedy”. This story is of two rival funeral directors in a small English island. Whilst I'm traditionally drawn to stories of zombies, aliens, guns, and demons, Wooden Overcoats was every bit as entertaining for me.

Can You Get Involved?

In closing, I suppose only an idiot makes written predictions, but I've been called worse. I'm sticking my neck out and saying that the next twelve months will be huge for fiction podcasts. Not only will we see a lot more audio stories, we'll see more and more ways of telling them. In fact, if you've got a bit of a creative spark inside you, or you've been juggling that “really good idea for a TV show” around in your head, now might be a good time to think about what you can do to be part of it.

PS – If you're looking for a place to start, I've heard the Audio Drama Production Podcast is alright. Just saying.