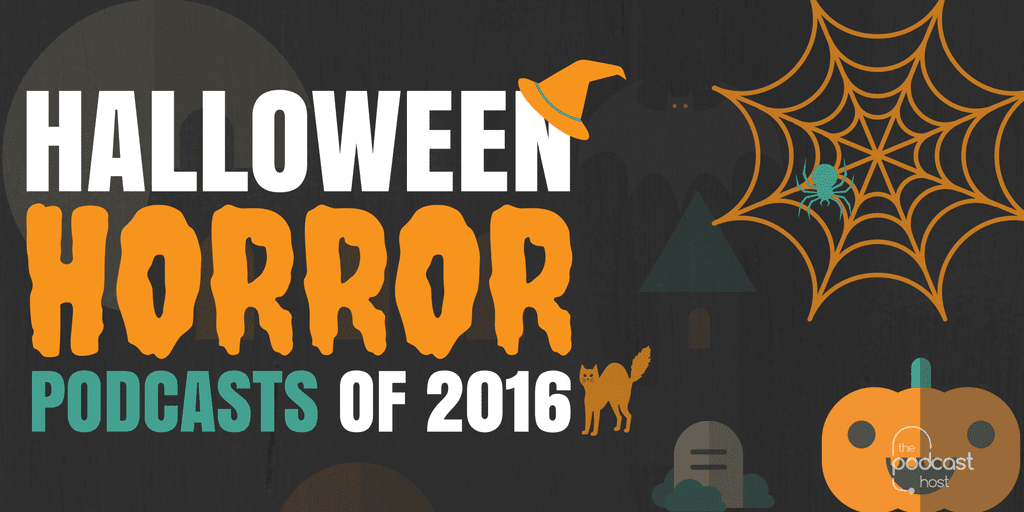 It's that time of year again where the macabre goes mainstream in the lead up to Halloween. And – to quote John Ballentine of the excellent Campfire Radio Theater – “horror and audio drama go together like peanut butter and jelly”.

There are a lot of famous horror fiction podcasts out there now. Take the aforementioned Campfire Radio Theater, for example, or shows like We're Alive and The Black Tapes. You're likely to find a lot of lists mentioning these great shows at the moment, so I wanted to do something a little different.

2016 has been a great year for audio drama and fiction podcasts. That's great, because it means I don't look stupid for making this prediction back in January. In this article, I want to tell you about 10 new shows that launched after that post was written.

The common theme is that they're all ideal for your Halloween playlist. A few of them have pretty strong adult themes, so listen with caution!

Story: Archive 81 is set up as a non-fiction show where the presenter attempts to track down his missing friend Daniel Powell. Powell was working as an archivist for the Housing Historical Committee for New York State. He documented his work there in a series of audio tapes, which the podcast plays in an attempt to get to the bottom of the mystery. But the more we hear, the stranger things seem to get.

Story: Jonathan Barker receives a strange phone call one night demanding that he “return home” from his California residence to Melancholy Falls, NJ. When he tries to contact his parents to find out more, he's greeted by the same demonic voice. Spooked, he sets off East to find out what's going on. Though he fears the worst, nothing can prepare him for what he finds once back in his hometown. A supernatural tale with a good level of humour mixed in.

Story: I wouldn't put Uncanny County in the “horror” genre, but its dark and funny paranormal leanings still make it an ideal choice for this time of year. It's an anthology series full of wonderfully imagined stories. From the clown motel to a town where the dead are replaced by robots, nothing is as it seems in Uncanny County.

Story: Set in the small town of Crayton (or ‘Crazytown') Minnesota. In 1998, protagonist Ryan Jennings filmed himself performing a local horror legend known as “The Sinner's Game”. Jennings' life took a dark turn after that night. Now, he's back in Crayton to look for answers, but he'll find little good in this dark investigation.

Story: Scotch is a psychological tale of terror. Main character Bobbi's life seems to be falling apart. Strange and terrible things are happening to the people around her, and it isn't long before the fingers are pointing at her. She has no idea what's going on, can't seem to get a decent sleep, and there's a mysterious smell of Scotch in the air.

Story: Curiosity gets the better of Addison Gilmore when she discovers a mysterious lockbox hidden away in the old bookstore she works in. It's an ancient looking thing that's seemingly impossible to get into – until she finds the key. Once inside she finds that the box is filled with pages of what appears to be fantastical Lovecraftian fiction. Gradually however, she comes to realise that these tales might not actually be dreamt up stories, but real life journal entries.

Story: Out of work radio DJ Lee attempts to turn his life around by starting a paranormal investigation podcast. Assisted by his friend Dougie, a struggling musician, he launches his show “The Terror Files”. Their first investigation takes them far under the streets of Edinburgh, to take a look around a recently discovered vault. Lee is prepared to fabricate a supernatural narrative into the show, but what they find down there means he doesn't need to.

Story: The town of Griffin, Georgia is built atop a labyrinth of sprawling tunnels. Host Robert Chauncey begins an investigation into the myths and urban legends surrounding these tunnels. Why were they built? What are the stories people tell about them? And what are the strange and terrifying sounds that many claim to have heard coming from them?

Diary of a Madman

Story: This series is made up of short weekly audio diary entries from the protagonist – known only as “the madman”. If you want to get inside the head of a twisted psychopathic murderer, then this is the podcast for you.

Story: This is a brand new show at the time of writing, but it sounds hugely promising. Have you ever woke up covered in blood and human remains, with the evidence of some sort of cult ritual around you, and no recollection of what happened? This show's protagonist Wren has. The series follows her quest for answers as she tries to piece together who she is, and what she's gotten herself involved in.

What Are Your Favourites?

These are just a few of the many great new horror podcasts that have launched in 2016. What others have you been listening to lately? Or maybe you make one yourself? Either way, please feel free to tell me about it in the comments section below.

And if you're still looking for more shows to binge, there's my Halloween podcast roundup from last year or our ever popular best fiction podcasts article here. Enjoy!

2 thoughts on “Halloween Horror Podcasts of 2016”