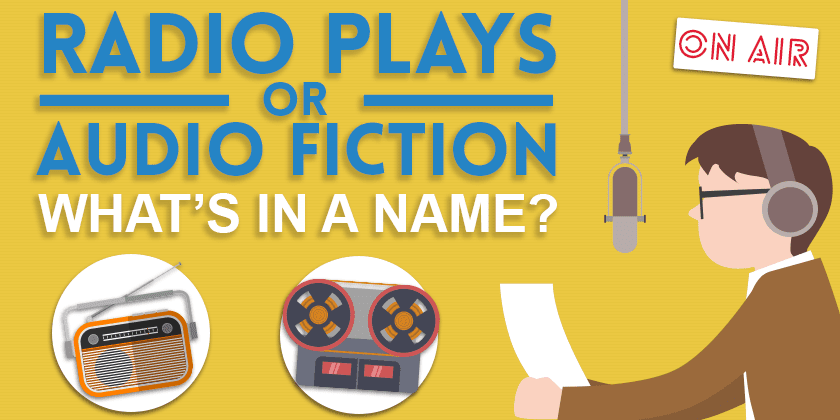 Storytelling is as old as mankind itself. But podcasting has brought us the opportunity to hear new stories where we want and when we want. Fiction podcasts grow in popularity with each week that passes. But here's a question for you – how do you actually find them? What do you search for? Radio plays? Radio drama? Audio drama? Audio fiction?

Over the past ten years, a hotly debated topic in podcasting was the very name of the medium itself. Terms like ‘internet radio' and ‘audio blog' were used by many who believed the name ‘podcast' wasn't effective. It was said that it might even hold the medium back. Nowadays, that debate has all but been put to bed. The final nail in the coffin being Google's return to the podcasting arena, without any attempt whatsoever to try and coin a new name.

Whilst the universal acceptance of ‘podcast' as a name means the medium can finally get on with growing and expanding, fiction podcasting hasn't quite caught up yet. This is partly due to it's unique fusion between being a very old model (existing as radio drama and radio plays) and being a very new model (becoming downloadable content online). So is there any hint of a common agreement in the near future?

In The Radio Drama Handbook, authors Richard Hand and Mary Traynor write that some of the earliest examples of radio drama in the 1920s are essentially broadcasts of live stage productions. The links with theatre suggest that the term “radio play” made a lot of sense at this point. 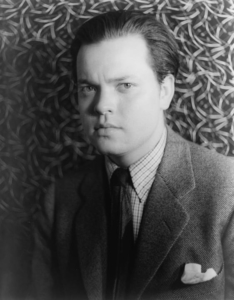 In 1938 Orson Welles (pictured) and Mercury Theater presented The War of the Worlds. This was probably the most famous piece of radio drama (or “radio theatre”) in history. Unfortunately, many listeners didn't realise this at the time and believed that Earth really was under attack from the Martians!

The medium moved into its halcyon era from the late 30s to the early 60s. Serialised programmes chronicled the adventures of all sorts of heroes, from Johnny Dollar to Superman. In 1951 the BBC debuted a new show called The Archers, which is fast approaching 18,000 total episodes today 65 years later.

But it's no secret that radio drama faded into obscurity in the past 30-40 years. In that time some radio stations and production companies did remain loyal to the medium, and quality shows were still being created. But in the mainstream film and television were all conquering. Radio drama to many, was “dead”.

In 1951 the BBC debuted a new show called The Archers, which is fast approaching 18,000 total episodes today 65 years later.

But small enclaves of radio drama fanatics began to hook up in online communities as early as the late 90s. File sharing services allowed people to rediscover and relive their old favourites. And another key development was the birth of digital audio. Suddenly it was possible to create a good quality “radio drama” without the need to own a studio and loads of gear.

By 2005/06 creators of “internet radio drama” or as some would call it “audio drama” began to release their work in podcast form. Initially there was a mixed response from producers who had worked through the “wilderness years” putting shows together in an analogue fashion and releasing them as cassettes or CDs. But the internet and digital audio were here to stay, and there was only one way forward now.

Over the next 5 years we saw a cultural shift in how the writing and production of audio drama was approached. Though many continued to be inspired and influenced the the traditional old time radio dramas, a new generation was emerging. 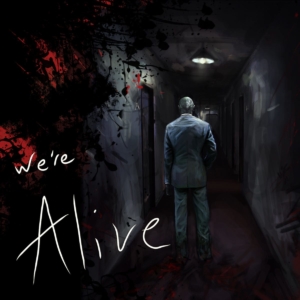 Now it was the turn of cinema and television to provide the biggest creative influences to younger writers and producers. This allowed many to re-write the “rules” of radio drama. Over-expositional dialogue and wooden characters weren't a blight on all old time dramas by any means. But these characteristics were seen as an unwanted hangover from a bygone era that would have to be changed if the medium was to appeal to the masses once again.

Pioneers of modern audio drama like Kc Wayland of We're Alive treated the medium like the cinema. He built his series from nothing in 2009 to the 40,000,000 download, 4 season juggernaut it is today. It left a massive and largely young audience hungry for more. So much so that they raised over $50,000 dollars to fund the next chapter in the We're Alive story – Lockdown.

Though modern audio drama continues to grow as a medium, we were introduced to a new wing of audio fiction in 2015. The emergence of fictional documentary-style shows like The Black Tapes, The Message, and Limetown gained huge audiences in a very short space of time.

The documentary narrative style made them immediately accessible to new listeners, who were already familiar with this method of storytelling. These shows hook you early with their intriguing mysteries and excellent writing. On top of that, they can be recorded and produced in a fraction of the time it takes to finely tune a modern audio drama-style show.

It could well be that we're now seeing two main schools of thought forming within audio fiction as a whole. Tumanbay is an audio drama created towards the end of 2015 and has been described as “the Egyptian Game of Thrones”. Last year also saw Audible release a 13 and a half hour epic adaptation of Joe Hill's Locke & Key. Both are sweeping epics, 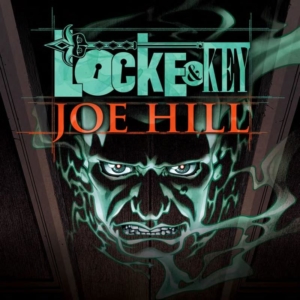 with large casts, and loads going on. Recently, the producers of both shows (John Dryden and Fred Greenhalgh) talked on Radio Drama Revival about their approach to creating audio drama.

In contrast, former NPR VP of Programming Eric Nuzum moved to Audible to take charge of the company's original content output. Speaking recently on the Audio Drama Production Podcast, he feels that perhaps less is more when it comes to audio fiction appealing to the masses as it once did. His approach is favoured by many others who argue that following the example of short-story writing is the way forward. This means smaller casts, less characters, and not making the listener wait too long for anything.

These differences are natural in any art form, and also exciting for fans who are seeing increasing amounts of new and innovative content created. But unfortunately we don't seem to be any closer to achieving a universal identity for audio fiction. Audio fiction itself as a term is perhaps a little too vague, whilst the newer styles of shows may want to distance themselves from any reference to “drama”.

For now, the content continues to get more diverse and more creative. But it isn't any easier to search for or curate. The best way of being discovered as a fiction podcast remains word of mouth. That means that creating great, consistent content and building a loyal audience of fans who will tell others about your show. That's something all fiction podcasters should be working on today to build their future in the medium, regardless of what that medium is called.

I'm interested to hear what you think about the identity of audio fiction and fiction podcasting. What podcasts do you listen to, and do you categorise them as one single genre or medium? Let me know in the comments section below.

One thought on “Radio Plays or Audio Fiction? What’s in a Name?”