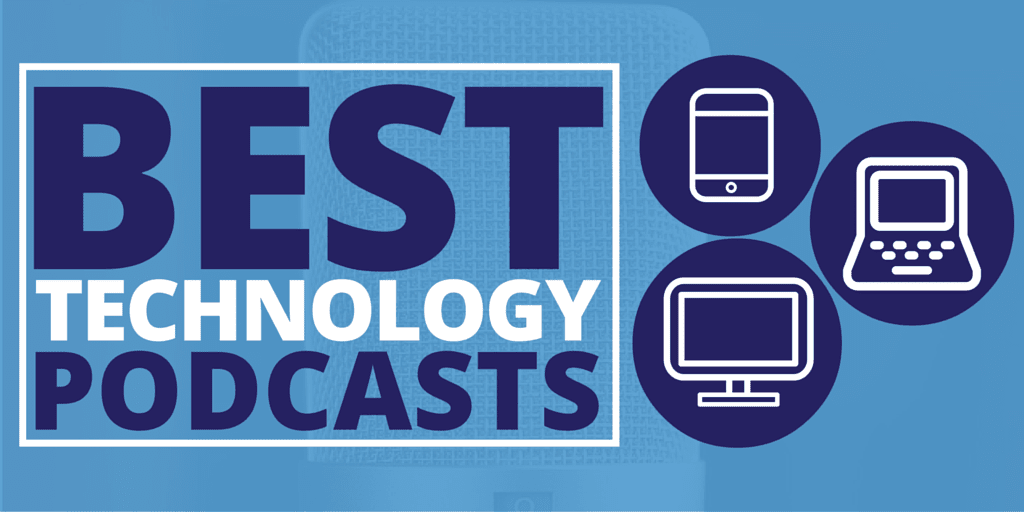 This is a guest “Best of…” article by Richard Smith of Simply Syndicated. If you'd like to submit your own “Best of…”  please drop us a line through the Contact link above.

One of the great things about podcasting is the vast range of subjects that are covered. It seems that whatever you’re interested in, there’s a podcast about it. It may come as no surprise to you that there are more technology podcasts than any other kind.

Here are some of my favourites:

Screencasts Online was the first video podcast I ever saw back in 2005. It started off as a series of tutorials on using the Mac. I was relatively new to the platform at the time and found Don McAllister's tutorials perfect for finding my way around. Over the years he's branched out into covering the entire range of Apple products, and offering a subscription service that gives you access to years worth of tutorials.

John Siracusa, Marco Arment and Casey Liss talk tech, but not all that fluffy easy tech. This is some serious stuff. I don't want to put you off by giving you the impression that the show isn't fun, or takes itself too seriously, but this is where you're going to find talk about coding languages and user interface design, all mixed in with complaining about the state of Apple Music.

Full disclosure: World 1 Stage 1 is on my network so the law says I have to think it's the best gaming podcast on the Internet.

World 1 Stage 1 is a podcast talking about classic games. Largely unavailable classics. It’s also a podcast about three guys going wildly off topic, but hey, if they could stay on topic they just wouldn't fit in on Simply Syndicated.

Clearly you'll need to go somewhere else for your up to the minute game news. I can't help you there, I'm old.

In case you haven't guessed already, I'm an Apple product user, which means I have an iPhone. However I do like to know what's going on in the world of Android and so far I've found that Android Central is the place to do it.

Too often other Android shows use the phrase “It's not that bad” which doesn't paint the best picture of the world's more prevalent mobile operating system. Android Central gives Android the respect it deserves while also giving it the hard time it deserves.

You can't travel far in the world of tech podcasts without running across the TWiT network. One of the original podcast networks, they've got something for everyone when it comes to technology.

I can happily admit to listening to several of their shows, and that Windows Weekly is pretty much the only Windows based podcast I've ever listened to. That's meant as a compliment, why would I bother going anywhere else? As far as I'm concerned this show is the definitive source of Windows and Microsoft information.

The good people at TWiT aren't the only ones with a whole network dedicated to technology. There's also the British Tech Network. I'll leave it to you to guess where they're from.

The big show is their look at some of the interesting happenings from the last week with a European angle. They had me on there once. That's probably the best episode.

I know I've already included a TWiT network show, and I know I'm in danger of being far too Mac oriented, but how could I possibly miss out the one podcast that I've heard every single episode of? It's MacBreak Weekly.

You know they talk about Apple and you know it comes out every week. I find it to be consistently one of the best combinations of relevant and interesting panellists and the right choice of topics.

Tech It Or Leave It

No line up of tech shows would be complete without my own offering. Tech It Or Leave It from Simply Syndicated is a weekly tech discussion show that doesn't shy away from asking the question “What's the point of that?”

Apart from discussing the news we also endeavour to answer and all technical questions our listeners throw our way. From digital cameras, to smartphones, to the latest Samsung fridge, it's all there.

Also the hosts are probably the best looking group of people ever to be on a podcast, and listening to it will make you better looking too.

I may have lied about some of the features of this show.

Check out Richard's huge range of podcasts at the Simply Syndicated network.

One thought on “The Best Technology Podcasts Around”