On The Good Place, a popular American TV comedy about the afterlife, some frozen yoghurt flavours are emotions like “Sleeping in on a Rainy Sunday and Haircut Compliment.” At some point, someone in their writers’ room suggested this idea, and it was accepted into the show. The idea of frozen yoghurt was allowed to be expanded. In this post, I’d like to nudge us all to do the same with the reality of what a podcast is, not what it was or what we think it should be. Some say it can only be audio on an RSS feed; others say it can be a Substack newsletter or a YouTube channel. What makes a podcast a podcast?

Problem: A Podcast by Any Other Definition Sounds Just as Sweet?

Even though I’ve been listening to podcasts since the beginning, I’ve only been creating them for five years. Lately, I’ve been getting the sense that the gap between what a podcast is and what many longer-term podcasters say it is has grown apart. So a few weeks ago on Twitter, I posted this:

A healthy amount of ideas came out of the replies and tweetversations (tweet conversations), and they confirmed my suspicion. Many of us are talking around each other because there are so many definitions of what a podcast is. And I promise you; this is okay. It’s even gorgeous!

Instead of looking at this from a right or wrong perspective, let’s use our beginner’s mind and look at it for the first time like many new audience members do. YouTube Strategist Deanna Pippenger explains why this is a good idea.

“If we include video in the description of podcasts, we’re opening up many possibilities. Accessibility increases, the connection with the audience increases, and more. Podcasts are changing lightning-fast, and like all creative creatures, their very essence is shifting just as quickly.”

As Deanne said, we need to push the boundaries of the standard definition of podcasts to keep up with the reality of how they’re changing. The medium deserves to have breathing room to change and grow. We don’t own podcasting. It’s a creative medium, and at its’ core is growth, exploration, and change. This change is NOT decided but organically happens. Unless we stop with our own limited thinking, it’s only later that we can talk and write about these changes in retrospect. We are, in essence, Captain Hindsight from the South Park episode: we can see things very clearly after they’ve happened. What traits make a podcast a podcast?

It probably won’t surprise you that the most common way to describe a podcast is based on technology: the existence of an RSS feed and audio.

Because a lot of these ideas come from that Twitter convo, I’m going to push back on that way of describing a podcast by proposing four new traits that make a podcast a podcast.

Describe a Podcast #1: A Podcast Can Have an RSS Feed but Doesn’t Have To

A podcast must have an RSS feed is one of the most common ways to describe a podcast. And as Lindsay describes in the conclusion to her recent article on the history of podcasting, there are many examples of podcasts that don’t have RSS feeds but people are calling them podcasts.

The Podcast Host recently asked you what you thought described a podcast in our Podcaster Cares survey The results show this old school versus beginner’s mind (or ears) divide.

Podcasts have grown so much in the past 20 years that using an RSS feed as the main description is like requiring computers to still have a floppy drive to be described as a computer.

I admit that it feels odd to call a YouTube channel a podcast when there’s no audio-only version of it. But that’s how the language is changing. This is how listeners are often describing a podcast, and they’re who we’re making the podcasts for. I’ve seen/heard podcasts on websites only, on YouTube only, on WhatsApp only (one of the coolest feedback loops I’ve seen in a long time), and more. They don’t have RSS feeds, but listeners are calling them podcasts. And why not?

Neil Hedley of @KNOPPstudios had a good point on Twitter: “ZERO listeners care about the terminology. Every industry, every space has hot topics like this that the people in the space care so deeply about, but everyone else could care less about. This is the podcaster’s rule. Not a listener rule. They want content.”

Describe a Podcast #2: A Podcast Can Be Audio, Video, Both, or Neither.

Helen King of HK Productions describes a podcast as “…like radio, but with less rules.” With that in mind, I’d like to revisit the insistence of having an audio-based description of a podcast. Honestly, answer this question: does holding onto this older definition benefit the actual listeners?

I understand the RSS feed’s freedom of speech aspect. I do. And with more and more paywalled podcasting spaces emerging, I feel the walled garden fear growing, especially for independent podcasters who rely on an open, accessible podcast publishing space.

If we look at how podcasting has expanded instead of just how many more silos have been created, you’ll agree that the space is not closing up like a door on a spaceship trapping you inside a small, dark area. I went original Star Wars there; where did you go?

Describe a Podcast #3: Time Could Have Been So Much More

Podcast Producer & Manager Jhenelle Monique shared more of a big picture perspective on what a podcast is:

“Podcasts allow people to engage with media on their own time and stop and start at will with no fear that they will have missed some important information because they missed the time slot.”

This time characteristic is one that I’ve heard when comparing podcasts to the radio. Radio has very real-time constraints; podcasting doesn’t always. Even the bigger network shows vary the length of a podcast when needed. Jhenelle’s time description speaks to what podcasting is: time different from any other medium.

Describe A Podcast #4: A Podcast Has an Emotional Component

Podcasts entertain, inform, and instruct, but a key characteristic often unsaid is that it nourishes and heals us. It’s an emotional medium! It’s inevitable; connecting stories with voices and a constant presence in someone’s life is bound to create a bond. No other medium has the same impact. None. Books, movies, tv shows, etc., can move us. No doubt. But none of these has as personal of touch as podcasts do. Podcasts are (usually) IN people’s heads, via their ears, of course. Combine that with talking directly to our listeners, and it’s a powerful potion of intimacy.

Change Is Good for Podcasting

Part of this expansion of what listeners are saying podcasts are and aren’t is how stories from other mediums are becoming podcasts.

-blogs turning into podcast episodes (including my first podcast)

and so much more

Could this be like when music soundbeds were first used in movies? I’m not a film historian, but I have a feeling that whenever creative space shifts, there are cries that it’s not “＿＿＿＿ enough” to be that thing.

I beg of you, let anything that anyone calls a podcast BE a podcast.

It harms no one and benefits everyone. Everywhere. 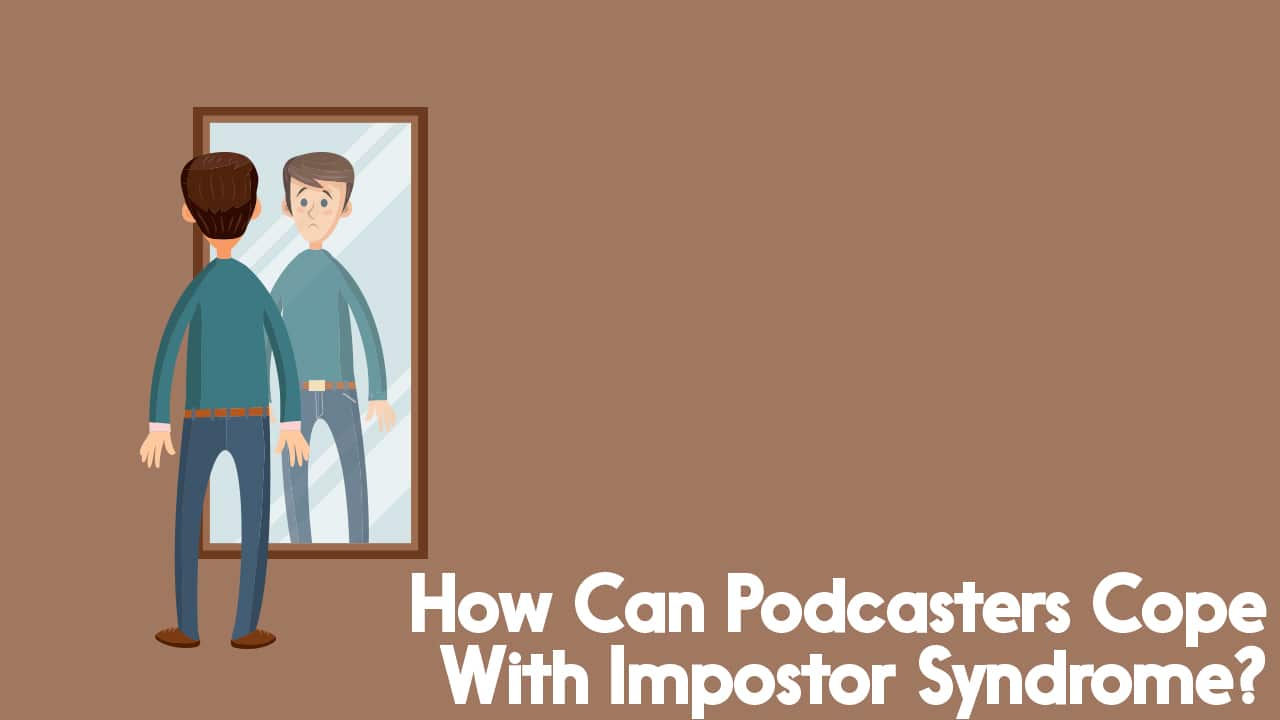 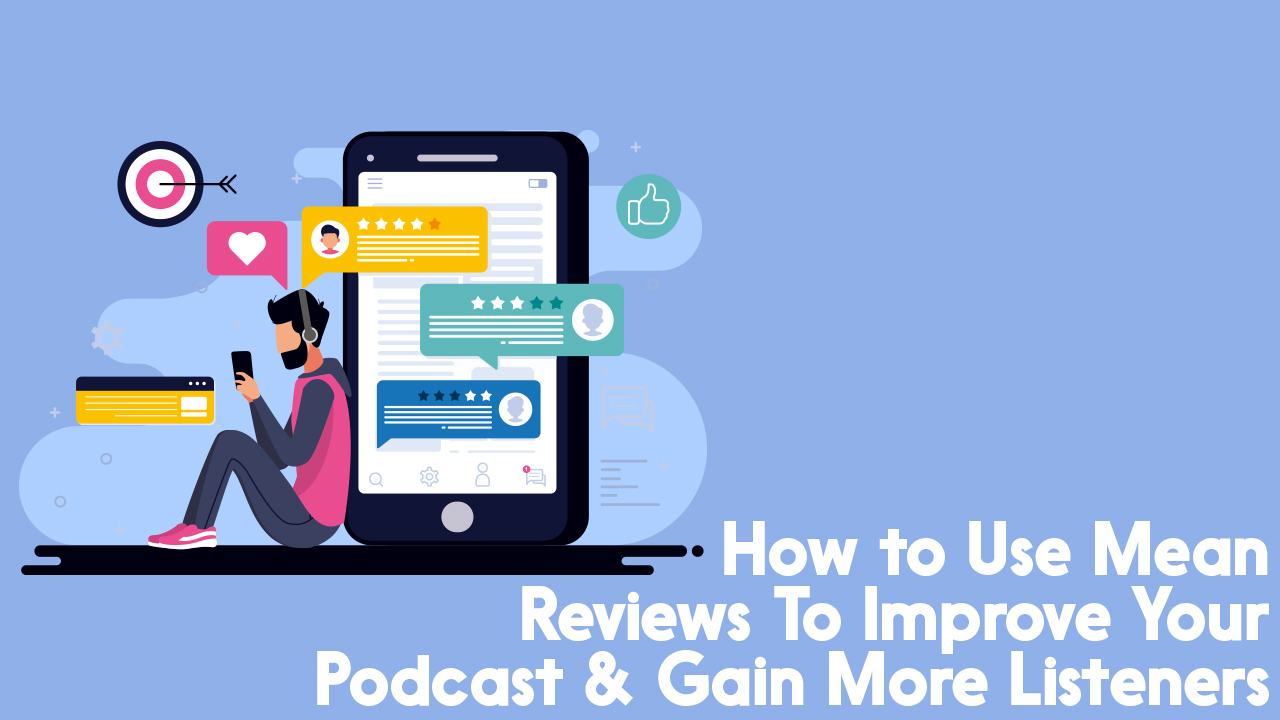 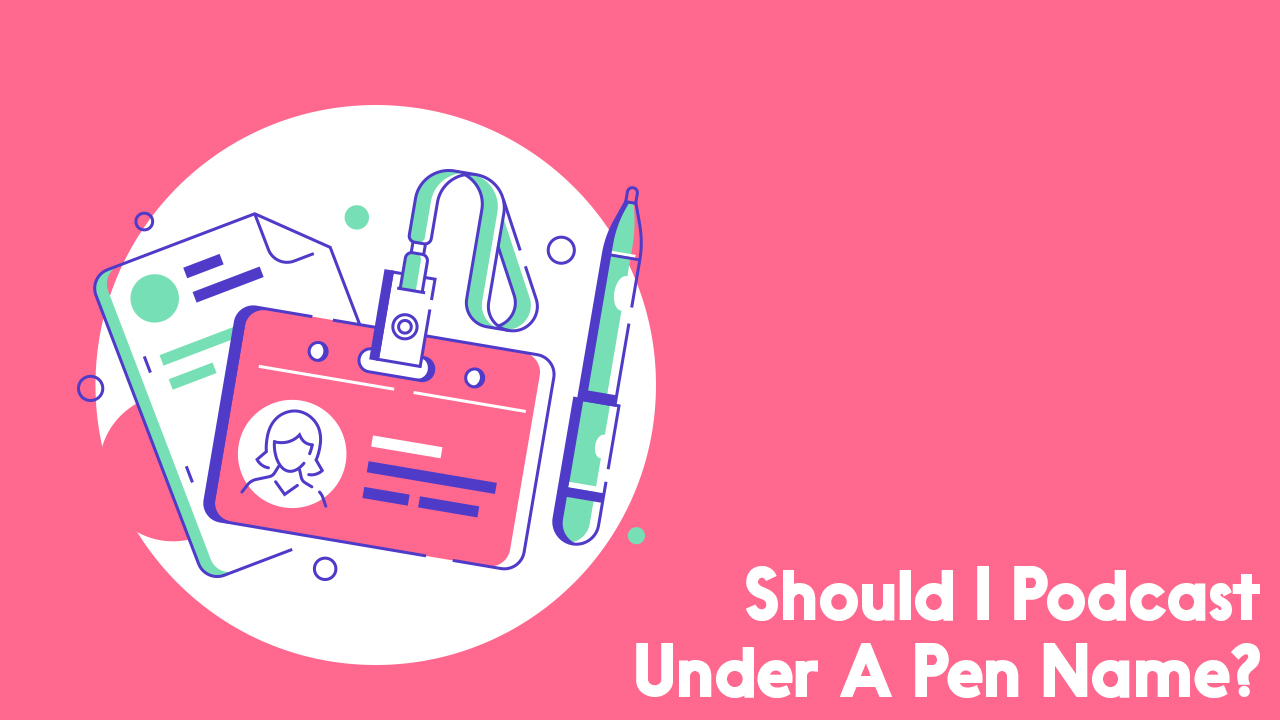 Should I podcast under a pen name?

Wondering if you should podcast under a pen name? Let's talk about the pros and cons of using a pseudonym when podcasting.

Stephanie is Owner/Editor at Podcast Editing Plus, Producer/Host of Geopats Podcast, and Community Leader for Global Pod...