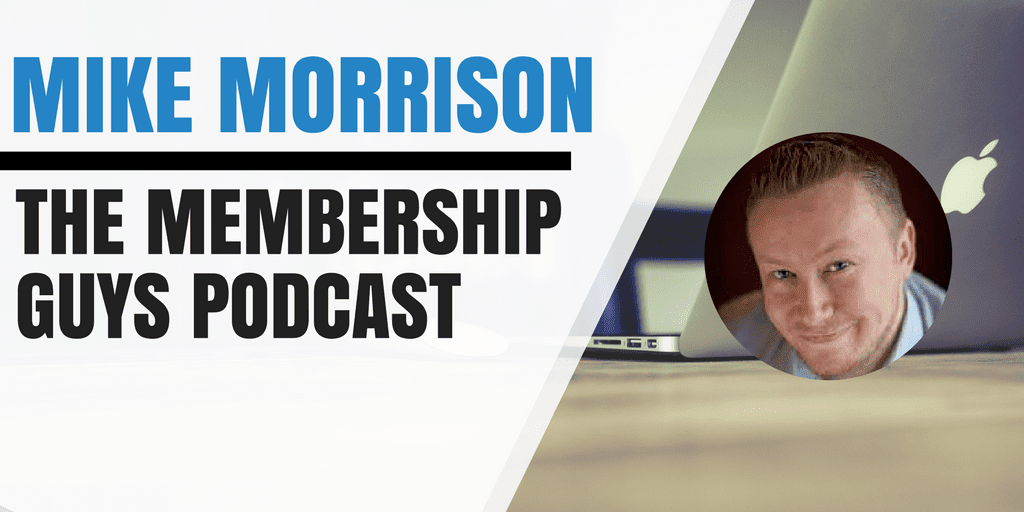 This week, we’re talking to Mike Morrison from The Membership Guys Podcast.

With a mix of expert interviews and proven, practical tips and advice – The Membership Guys Podcast is THE show for anyone planning, building or trying to grow a successful membership website.

When we first rolled out ‘The Membership Guys’ brand, we knew a key to raising our profile fast would be to publish across multiple channels and we knew podcasting was one of the most important pieces of the puzzle.

I’ve been involved in online radio in the past, co-founding my own station back in 2005. I was comfortable at the mic and quite liked the sound of my own voice so it just made sense.

It’s almost always in my office, at my desk. I’ve had to continuously tinker with office layout and furniture as there were a lot of hard, flat surfaces and the sound would just bounce around. Replacing my cheap veneer-heavy Ikea desk has made a huge difference, and I learned early on that a condenser mic isn’t a great idea when you live fairly close to a busy road!

I dream of the day I can have a designated recording room that’s completely soundproof!

What is your usual editing process?

I like edits kept loose – I don’t care about uhm and ahhs, and I think it sound unnatural when they’re all edited out. I use double-claps during recording if I screw something up or need a re-do and that massively speeds up the edit process; and then just upload edited episodes to Auphonic for post-production.

These days I have a podcast editor who takes care of everything for me, and then I have our VA listen though for mistakes when he’s done before we upload it.

Staying Tight To Your Topic

The first and for me most important thing is that we’ve stayed fiercely loyal to the topic of the show. In earlier days I was tempted by some big name interviewees approaching me to be on the show even though they had nothing to share of relevance to our audience. I won’t interview anyone who doesn’t either have a membership or have expertise that is highly relevant to membership site owners. Doesn’t matter how big they are.

I think this helps keep the show insanely useful for the niche it’s designed for and that’s helped us both attract and keep our listeners.

Repurposing podcast content would be the second thing. It’s so important to use every piece of the buffalo when it comes to any form of content marketing, for example:

Finally, we run a free Facebook group at talkmemberships.com that not only brings us new listeners but also provides an endless stream of ideas for episodes.

Pretty much every piece of content we create – especially when it comes to the podcast – addresses a question that someone in our community has asked. That enables us to then go back to that person, or to the next person who asks the question, and direct them to the episode where we give the answer. So we have this self-feeding cycle that works really well for us. You’ll never go wrong solving people’s problems.

We have a single sponsor – ourselves. Having a product that directly caters to your podcast audience is probably the most no-brainer way to monetize, in my opinion. Not only do we advertise our own paid membership site (about membership sites) at the end of every show, but it’s something which very organically gets talked about on practically every show by the nature of the topics being covered.

Around 10-15% of our paying members either found us via our podcast, or joined as a result of listening. That’s tens of thousands of dollars per year. While I’m happy with our download numbers, it’s a very niche show and they’re nowhere near what they’d need to be to attract sponsors who would pay us anything close to what we make from promoting our own product.

However we are in the process of planning a spin-off show hosted by my partner Callie WIllows, which will release in seasons; and for that, we’re considering approaching select companies to sponsor each season. These are companies we’ve already partnered with in other areas so it will be interesting to see how it pans out.

It’s been huge in helping us on the visibility front. It’s led to speaking opportunities, interviews on other podcasts and relationships with people we wouldn’t reach otherwise.

In terms of our own paid membership, the podcast is great as a way to secure guest trainers and partnerships. Asking someone if they’ll volunteer their time to run a live training session for your members is a lot harder than inviting them to be a guest on your podcast, and then building the relationship and exploring other opportunities from there.

Don’t start a podcast if you’re going to half-ass it. You need to be consistent from day 1. You’re wasting your time, and mine as a listener, if you launch with 5 or 6 episodes, and then you I don’t hear from you again until a month later. 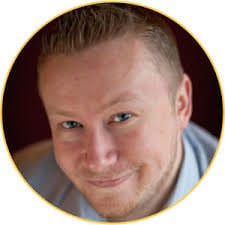 Mike Morrison is one half of The Membership Guys, and along with his partner Callie Willows has spent years guiding the growth of memberships, e-learning businesses and online communities. Now they run the Member Site Academy, where they teach small business owners and entrepreneurs the skills and strategies they need to build and grow their own successful membership website.

You can listen to Mike Morrison on the The Membership Guys Podcast. Best place to follow Mike: @membershipguys