A big concept behind Content Stacking is that the ‘content idea’ is far more powerful than we think. For me, finding content ideas is the hardest part to get right.

It’s difficult to find something that’ll engage people, draw them in, and incite action afterwards. And yet, for some reason, the majority of content creators continue to cite time and tech at the top of the ‘barriers’ list.

This is Chapter 2 of our Content Stacking series. Find the introduction here.

The difficulty isn’t unacknowledged, I admit. That’s why there’s a whole network of “X Ways to Find a Topic for Your Next Blog Post” articles out there. But that doesn’t go far enough.

Even after you and I put a high enough priority on finding the right content ideas, we often put them to waste.

I see so many people posting podcasts, blogs, and videos on great topics, but barely getting 10% of the value they could from that idea.

In this article, I want to talk about why the content idea is the most important part.

I want to cover how to think about that idea, how to sketch it out, and how to make it deliver value in spades, both for you AND your audience. Once you’ve got that sketch, that plan, the rest is just logistics. At that point, we can squeeze out so much value that the time and the tech just stop mattering.

By the way, we’ll look at how to reduce the time a little later, and we’ve talked before about how to overcome the tech. I’ll fully admit, they are legitimate barriers. But, to me, your greatest resources need to go into your idea. That’s where the magic really happens.

Think of the last podcast you recorded. Think about what you covered. My challenge to you is to sit down and write out all of the distinct concepts that you delivered to your audience.

This is where a lot of us go wrong: we try to squeeze in way too much. It’s understandable, because one of our biggest fears is not being expert enough, not being entertaining enough, not being informative enough. So, to combat that, we put in more and more to compensate.

Instead, we need to be thinking like a teacher. Even if we’re not teaching. And that means breaking it down.

I’ll show you an example from one of my own shows: the Mountain Bikes Apart podcast. Sorry, I’m a biking geek, it’s the example I always take!

On the show, I recently talked about bike setup – i.e. how to make sure your bike is working perfectly and set up for you personally.

Me and Tom, my co-host, started thinking through a plan, and our initial episode was to simply go through the elements. That means:

In my early days of podcasting, I would quite happily write out a plan for one episode that looked just like that previous list.

It’s not unreasonable – we could probably rattle through that in way under an hour if we wanted to. But, here’s the problem – that isn’t serving either you OR your audience.

Why You Should Break it Down: For Teachers

Why? Well, firstly, for those that teach… there’s a bunch of learning theory that shows how beneficial it is to break things down into learning outcomes (sorry, I know that term strikes terror into the heart of any college student…). A learning outcome is a one really well-defined concept that you want to get across to a learner.

Setting up your bike isn’t a learning outcome, for example. It’s way too broad. Instead, you’d take one of the concepts. Say, wheel set-up. But, now, when I think about it, wheels are possibly a collection of outcomes too. You’ve got wheel sizes, tyre options, rims and spokes, hub options, etc. There are lots of little elements in there that could each be a learning outcome.

The idea is that if you want someone to learn your topic, you need to break it down as much as possible, and not give too much at once. You need to talk through that topic, and then give them something to do at the end – a task to put it into action.

The point is that this works effectively when you think small.

Think about breaking your content idea right down into learning outcomes. And then deliver each of those on their own.

By uncomplicating things, by delivering each outcome on its own, you can cover it so much more effectively. You can give a story around it that puts it into context (we’ll be covering structure next!), and you can give a task that lets your audience put it into action.

It’s those two – the context and the action – that makes people learn, and succeed with it.

And that success is what cultivates long term subscribers and fanatical fans.

The “Why?” for Entertainers

This works just as well for entertainers. Stop thinking that you have to cram a ton into each episode. Have the confidence to go really deep on a narrow topic.

Storytelling shows benefit from this in a huge way, and the Gimlet media stable is a prime example. Startup (especially the 1st season) succeeds through their masterful storytelling around ONE core concept. They always have one hook, one concept, one standalone IDEA that they want to get across. And the entire episode is devoted to unpacking that idea, entertaining along the way.

Invisibilia is another example, but a little in the opposite direction. Now, I love Invisibilia – it’s a seriously top-notch show – but I occasionally feel they try to cover too much. In some episodes, I end the show wondering, “What did they talk about there?” I tend to remember the idea they covered in the latter part of the show, but not those from earlier, and they’re sometimes quite different. The producers cram a lot in, and I think it could go from excellent to amazing if they focused down on one big idea each time.

Finding the Right Level of Detail

So, how do we solve this?

My approach is to break it down. Break it down until we have a list of sub-topics that are at the right level of detail for the main topic. In my case, I want to cover ‘setting up my bike.’ That’s an activity someone can do in, say, an hour or two, spending a bit of time on each component.

So, thinking of that level, going all-in on spokes is too much. But, a general one on wheels is too broad. Here, I would end up with sub-topics of wheel size, wheel components and tyres. The wheel size topic covers how you would decide between 26″, 27.5″ and 29″ rims. The components topic covers the choice of rims, spokes and hubs. Lastly, tyres covers, tyre type, tread, width, etc.

That’s the planning I do for every content idea.

It boils down to a really nicely contained topic, with an obvious takeaway. It’s not always an exact science, of course. You can see that from the wheels example above – I could easily argue for other approaches. But, thinking in this way really helps to create episodes that give much more to the listener, and make it way easier for you to plan out.

If you’re following along, you’ll end up with a list in front of you, similar to above. You’ve broken your content idea down into its main components. Now, what does it look like?

A course, of course!

You’re teaching a subject after all. So, it should do really. Or, if not a course, if you’re an entertainer, perhaps it looks like the listing for a TV series!

And that’s exactly what it is. A series. Or a season, depending on what side of the Atlantic you live on. That’s how I think nearly everyone should think about their content. In seasons. If you want an example of this, then take a look at Podcraft, my podcast about podcasting. It’s been based on a seasons format since the very beginning and offers short courses on particular aspects of podcasting, like podcast equipment, or podcast monetisation.

I’ve written a lot about why seasons are great elsewhere, but just to cover the benefits again.

The main thing is, seasons help with two of the big barriers I mentioned above.

So, we’re saving time and we’re pre-planning our content ideas. That’s two huge problems out of the way. Or they will be once we add a touch more detail…

From a Plan to a Script

Now that we have a rough plan for our season, I tend to sketch it out a little more. I like to spend another hour or so on this process, putting perhaps 5 or 6 talking points into each sub-topic. I might even go a little further and add some further detail for each sub-topic in the bullet-point list.  Here’s what the first 2 episodes of that mountain biking series might look like:

When I know my subject, that level of detail is enough. I could turn both of those outlines into a 20-minute episode right now, with no prep. Sometimes I’ll need a little more research, and it’ll include more detail, and that’s fine.

Now we have a plan, not just for one episode, but for an entire series or season. My initial plan above included 8 episodes. That means, on a weekly schedule, I’ve planned two months worth of content. How’s that for squeezing the most you can from one simple content idea?!

But, that’s not all. Next comes recording. We have a plan, but how do we deliver it so that we get even more from our content idea? Check out our next chapter, A Podcast Structure for the Most Effective Teaching Possible, to get the lowdown. 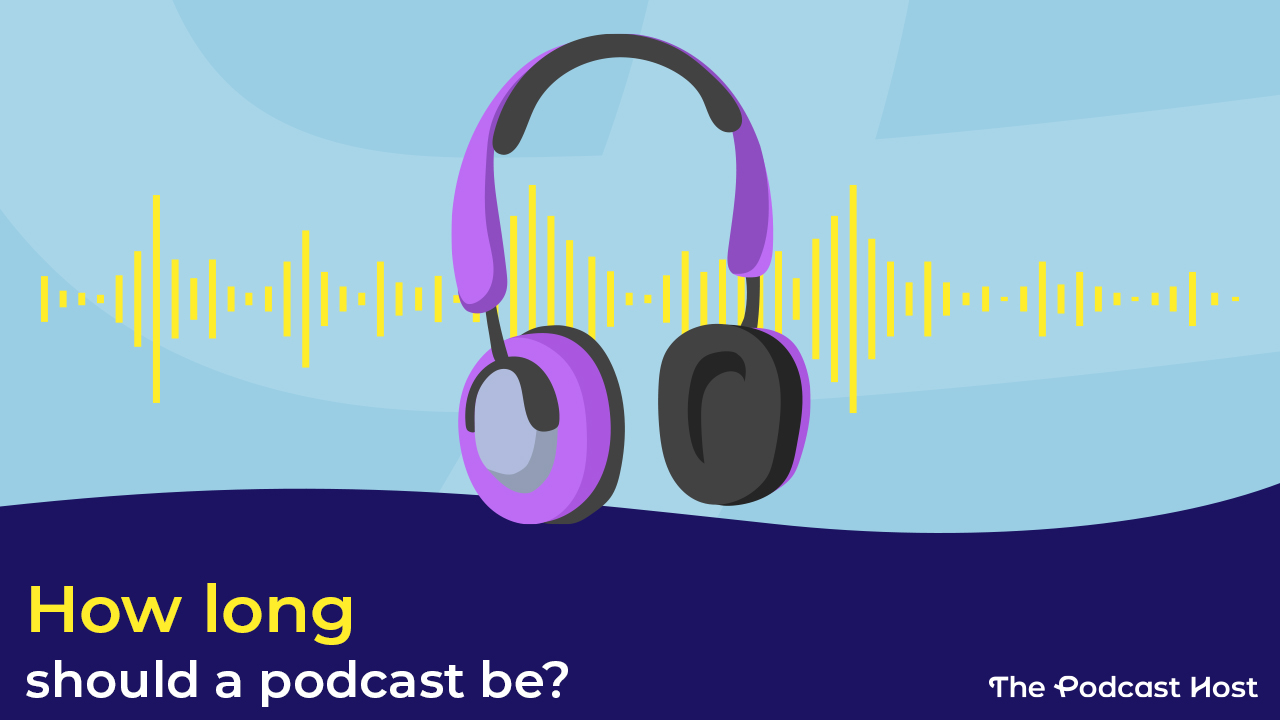 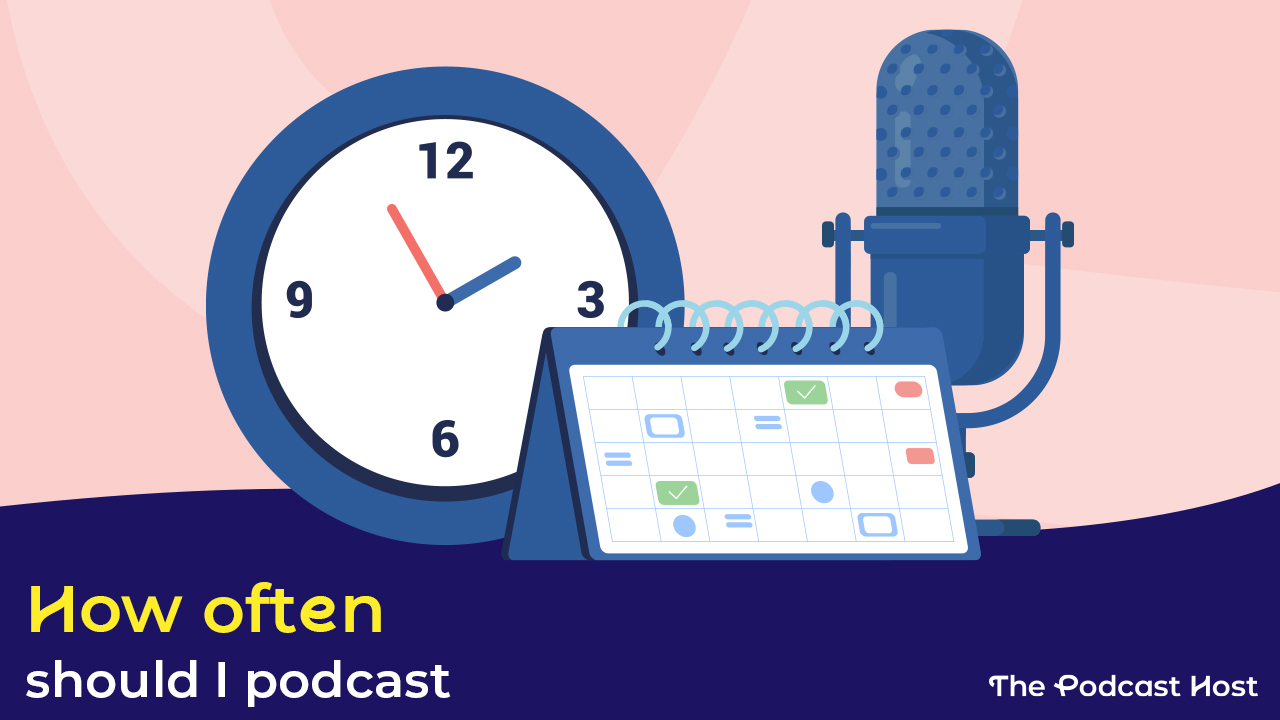