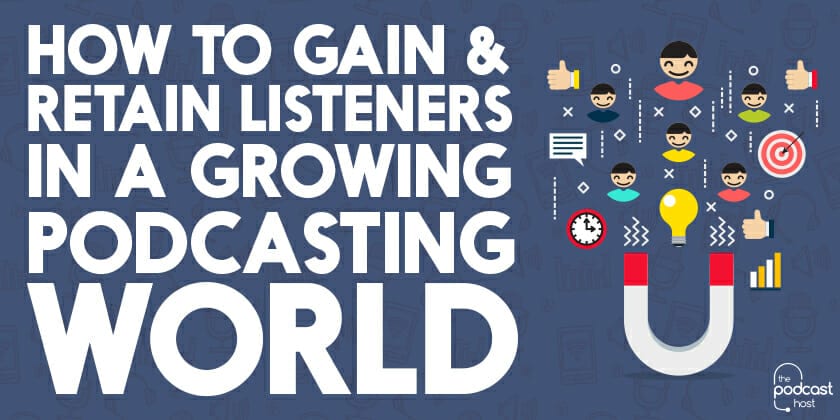 The world of Podcasting is growing, and that may be a problem.

It's great too, of course – we want to encourage as many people to enter our world as possible – but we can't ignore the growing pains that increasing public awareness introduces.

Don't worry, I'm not going to spout forth about “the renaissance of podcasting.” I agree with many who have retorted, “What are you talking about, we never went away!”

But, those copycat “renaissance” articles have emerged now for a reason.

It's true, I think, that we are reaching a tipping point in mainstream awareness thanks to the success of a few recent shows, all of which I KNOW you don't need mentioned again…

That tipping point will bring with it massive amounts of listeners in the coming years, and, hopefully, the growth of everyone who's already into this great medium.

But here lies the problem. Right now, we're broadcasting to the early adopters, the fanatics, the evangelists. And they listen in a very particular way.

How Do Current Podcast Listeners Listen?

Our current set of fine podcasting fans are into podcasting in a big way. They listen religously, hour by hour, day by day, fitting it into any spare minute of their lives.

These fine fans have their favourites, and don't miss an episode of them. They also have their ‘other shows' which they'll keep up with as and when, selecting episodes to listen to based on their topic. I know this because I'm one, and I've spoken to many, many more who do the exact same thing.

The ‘favourites' list will tend to be perhaps 5 to 10 shows. That means approximately 5.6 hours of new content every week, on average (assuming a weekly show of 45 minutes). The ‘other shows' list will be around 10 to 20 shows long.

Listening on this front is hard to predict, but I'll listen to probably 1 out of every 3 of those shows. So that's an average of 5 shows per week, or another, 3.75 hours of content.

That makes 9.35 hours of content per week. That's quite a lot of time, nearly an hour and a half per day, every day.

Why is this a Problem?

The problem (and the joy) of podcasts is that they're long, and we like it that way. We love the hosts, we enjoy their content, and we want to listen for 30 minutes, an hour, or more.

But, that means that we can only fit so many shows into our lives.

As the medium becomes more popular, more shows will join the scene, and the choice will be even harder.

Listeners will start to pick and choose the episodes they listen to, more and more, and it'll become harder and harder to get on that ‘favourite show' list.

Why Subscriptions Will Become Rare

I'm already at a stage where I'm very reluctant to subscribe to a new show.

I already have hours of content queued up from hosts that I already know and love. Adding another to the mix will just add to the content overload which gives me a little pang of guilt every time I open my podcast app.

That's not to say I don't want to try new shows – I most definitely do – but I feel the need to test them. Only then can they enter that inviolable sanctum that is my lovingly and meticulously curated subscription list.

The way I'm getting around this issue is by creating something I've called Podpacks. Podpacks are curated ‘packages' of podcast episodes around a particular topic.

I started collecting these for myself a while back, curating episodes I discovered into particular lists so that I'd have them on-hand, whenever I needed them. This would include the best episodes I found on a particular subject, and mainly from shows that I already listen to regularly.

But, I've started to do it too for shows that I don't subscribe to. If I see an episode on a subject that I want to listen to, but don't fancy the entire show, I'll stick it on a curated list. That episode then shows up on that list within my Podcast app.

This works great for vetting new shows, too, as I mentioned above. I can easily get a couple of episodes onto my phone, have a listen, and give it the yay or nay for permanent subscription.

Listen to Podpacks from The Podcast Host

Recently I realised these Podpacks might be useful to others, and could actually be a great way to promote new shows.

As a listener you can subscribe to a Podpack on this site and you'll get a range of episodes covering a topic you're interested in. You'll get to listen to a range of shows that cover it and perhaps find some great new ones to join your permanent subscription list.

So, from now on, I'll be curating these lists publically, and will try release new Podpacks as new subjects come to me.

You can find the full current catalogue of Podpacks on this curated podcasts page, and I'm starting off with just one to try it out. Hopefully you're reading this in the future when I have a range of them out!

Some questions for You

Please pop an answer to the following into the comments, I'd love to hear what you think: