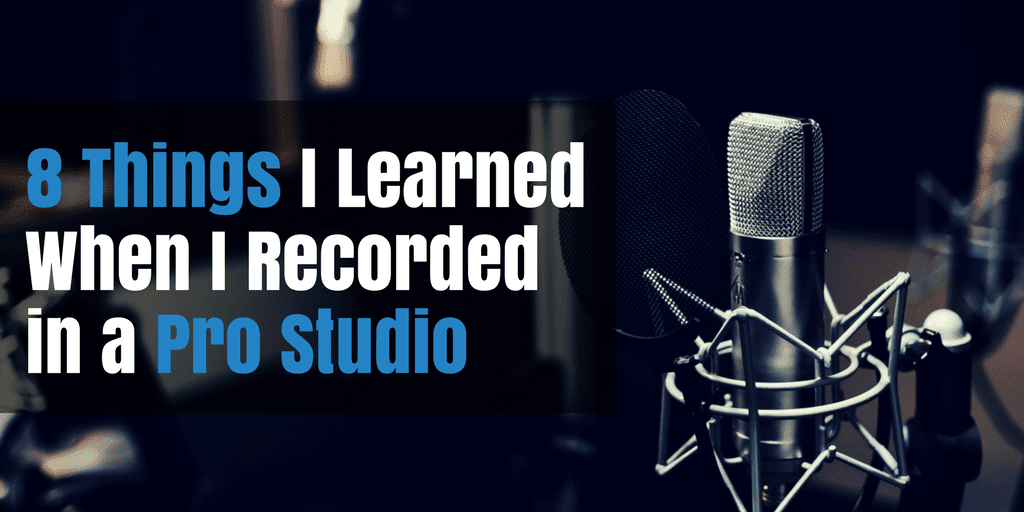 There are many different ways of recording audio drama. I've been making my own sound stories since late 2011, and without a doubt the type of setup I have the least experience with is the most traditional – getting a group of people together in a studio.

It's always good to push outside of your comfort zone and expand your horizons. A great opportunity to do just that popped up in the latter part of 2016 in the form of 11th Hour Audio Productions.

This was an international collaboration aimed at celebrating World Audio Drama Day on October 30th. The idea was to get a group of people together to write, record, produce, and release a self-contained horror or sci-fi audio drama, all in the month of October.

We created a story called Cargo. It was about a small group of humans who wake up on board an alien spacecraft – and everything else around them is dead.

Going into the studio to record was, in many ways, a totally different experience than what I'm used to. You're paying by the hour and you have everyone there at once; it's very time sensitive and there's little room for error.

It was a very rewarding process to go through, and I quickly learned that there was a lot I'd do differently next time.

Based on those experiences, here's my guide to planning and recording an audio drama in a studio. If I could have handed myself a copy of this beforehand – in the style of Biff in Back to the Future – it would have definitely saved me a few headaches on the day…

If you are paying for studio space then make sure you've actually visited the place first. Phone calls, website pictures, and even sound samples are all great, but they don't always tell the full story.

There are many things to look out for on a studio visit. Here's my own checklist:

It's important to establish the studio's inventory before making a booking. If you're recording an audio drama it's likely you'll be looking for some quality vocal condenser mics, such as the Neumann U87, AKG C214, or AKG C414.

The number of mics you will need depends on the greatest number of characters you have in any one scene. For audio drama you don't want too many, and this is something that you should take care of at the writing stage. I usually want four microphones for my sessions.

Most studios won't charge extra to hire equipment, but be sure to confirm this in advance.

Make sure they have the basics, and don't be scared to ask about mic stands, pop filters, and the ability to record each mic independently. It's better to find out if there's an issue before you actually go in there to set up your recording session.

The Sound of Music

Most sound studios predominantly cater for recording music and bands.

With that in mind, it's important to find out if there will be other recordings taking place in the building on the date and time of your session.

A small amount of bleed through from one live room to another is rarely an issue for bands rehearsing. But if you're trying to record a softly spoken intimate scene between two characters on ultra-sensitive condenser mics, then music elsewhere in the building could end up in your recording.

Sure, you can always ‘clean up' your audio afterwards, but the purpose of paying for studio time is to leave with pristine recordings.

Be mindful that studio managers are well within their rights to charge more if you want them to turn other business away while you record. You can try to keep these costs down by arranging a daytime recording session, as most bands tend to rehearse in the evening.

Write a list of everything you want to have in the studio with you.

Visualise the recording session in your head and run through what's needed.

Will you be printing out paper scripts, or will you use tablets or Kindles? Is everything you need fully charged and working?

Also, how will you be receiving copies of the audio afterwards? Will you need to bring a pen drive or hard drive?

You don't need to record your script in a linear fashion. In fact, doing so might cost you valuable time, as you'll be moving people to and from the mics more often.

Before you arrive at the studio on the day, make sure you've worked out a recording agenda. Once the clock is ticking you don't want to be flipping through the script trying to figure out what still needs to be done.

If you can batch together scenes containing the same characters/actors, that will create a more streamlined recording process, with less chopping and changing.

Respecting your actors' time is important too. If possible, avoid situations where someone records at the very beginning of the session and then has to sit around waiting to record again at the very end.

This is a bit of a follow up to the Checks & Prep section – write a list of everything you'd like each actor to bring, and remind them about it a few times in advance of your session. This could be a Kindle or tablet to read the script from, or an extra pair of headphones.

Your cast may be made up of some very experienced actors, but don't assume that everyone will know the ins and outs of voice acting.

If you're in the studio only to record character voices (no movement, Foley, etc.), then ask your actors not to wear clothing or jewellery that's likely to make a noise.

Give them a crash course in the mic technique you'd like them to use. Stress the importance of complete silence during a recording (when they're not the one speaking, obviously).

Ask that phones are switched off or put into flight mode while in the room.

You also need to make a decision on the recording style and brief the actors on this. Do you want them to overlap in their dialogue or do you want them to leave a pause between lines? The former might give you a more natural performance, but the latter gives you much more flexibility in post-production.

Talking to your Engineer

Like your actors, your engineer on the day is probably extremely knowledgeable and experienced, but you need to take responsibility for your project.

There are a few things you'll need to agree on before the recording begins:

I probably don't need to explain the benefits of drinking water to you, so let's just say that you want everyone to stay hydrated. Don't assume people will bring their own. You can get a couple of multipacks of bottled water for next to nothing.

Some snacks won't go amiss either. Most types of cereal bars are small and light, but go a long way towards keeping energy levels up and preventing rumbling stomachs!

You might want to take everyone for a meal afterwards too, as a thank you for their work.

However, your team will be much more comfortable seeing that you know what you're doing, and that you know exactly what you want.

You do need to be decisive and clear, but you can still be pleasant about it. If you start shouting and stamping your feet your project will go south fairly quickly.

Don't be afraid to ask for advice and opinions either. Nobody knows everything, so use the knowledge and the experience in the room whenever you need to.

I hope this has helped to clarify your own thoughts and plans if you're heading into the studio at some point in the near future.

Of course, recording is just a small part of making any kind of audio story. If you're looking for help and advice in other areas of story podcasting, check out our how to make a fiction podcast series, as well as our show the Audio Drama Production Podcast.

Posted in Fiction Podcasts, How to Record a Podcast