A podcast voice acting demo reel shows potential casting agents, directors, and collaborators what you can do. But, not all voice-acting demo reels are created equal. Your reel needs to be fit for purpose, short and shareable and recorded in the strongest possible sonic environment. This is what’s going to help you sound professional and be the voice actor that producers want to work with.

I spoke with veteran voice actors Owen McCuen, Sarah Golding, and Billie Jo Konze, all of whom have plenty of commercial and independent podcast acting experience. I also spoke with Ella Watts, the casting director at Six to Start; she also produced Doctor Who Redacted for the BBC. They all know about voice casting for podcasts and commercial audio, both on the producing and acting sides.

Should You Make Your Own Podcast Voice Acting Demo Reel?

Voice acting coaches or teachers recommend you have your demo reel produced professionally. This can seem like a scam. Maybe they want to charge you a lot of money to help a colleague when you could record and edit the demo reel yourself.

Yes, you can make your own podcast voice-acting demo reel. It’ll teach you sound engineering and editing skills and save you some money.

And, no, you shouldn’t. Owen McCuen said, “Professional voice buyers can detect a homemade demo from a mile away. Even professional voice actors and sound engineers have their professional demos produced by someone else who has distance from the project and a more objective ear. ” Billie Jo said, “Make a great first impression with something that is industry standard, that fits the style that agents and directors and casting directors are used to hearing. This industry is too competitive now for you to not sound amazing.”

But, a producer who’s making an audio drama podcast on a tight budget can’t (and doesn’t) expect their actors to have demo reels costing more than the budget of their entire podcast. When you’re pitching your skills to independent fiction podcast producers, it’s better to have some example of your voice acting than none.

Owen has an excellent workaround. “Don’t present your homemade collection of clips as ‘my pro demo.’ Instead, present it as, ‘I’ve put together some samples; would you like to hear them?” This shows that you know enough about recording and editing that you’ll be good to work with in the studio. But don’t have that as your only voice-acting demo reel. Make the investment in yourself and your career.

What do we mean by “fit for purpose?”

Owen says, “specialized demos are best for getting paid work in the specific field you are courting.” For example, Owen’s commercial demos are separate from his audio drama voice acting samples. Sarah’s reels are divided into documentary film narration, children’s books, and character voices.

Just like any other aspect of podcast promotion, feed the tiger what it wants. 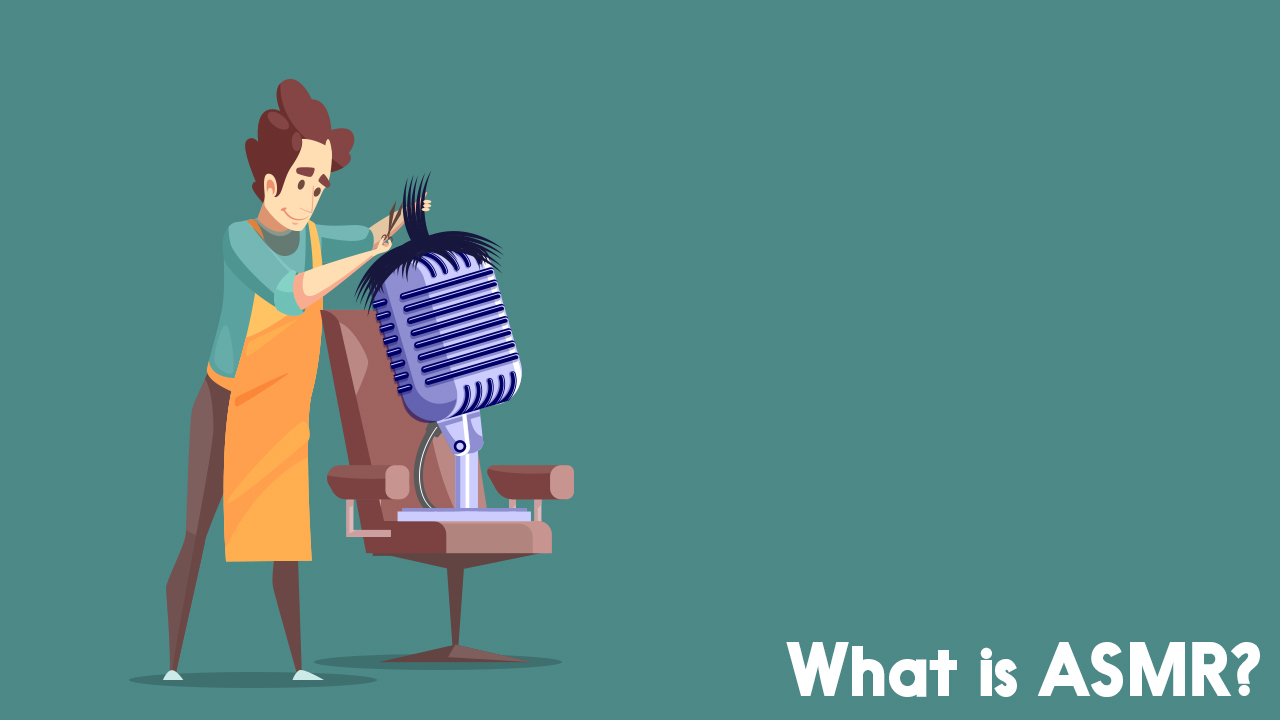 How Long Should My Voice Acting Demo Reel Be?

Your voice acting demo reel should be between one and five minutes. Three minutes is enough.

Your natural voice is the best place to start; it shows the casting director or producer a baseline of what you can do if you’re tired or rushed.

Owen says, “Lead with samples of your best work.” Sarah echoes this sentiment more specifically: “Put your three most used and cast voices first as they’re obviously your forte.” She also recommends, “Avoid using growly or shouty voices, because then they’ll expect you to do that for a whole show.” It can ruin your vocal cords and hurt a lot.

Tips from a Casting Director

Ella Watts provided a comprehensive list of what casting directors need most when listening to voice acting demo reels. She says, “Introduce yourself at the start, and the title of your reel (i.e. ‘Dramatic Reel’)

We need to start with your natural voice: a lot of the time, casting directors are most interested in people’s native accents and timbres, as that’s the voice we’ll be casting in major roles. Impressions and caricatures are fun but tend to be bit parts in audio.

Give us some variations on your natural voice, depending on the work you want to be doing: comedic delivery, dramatic monologue, scary atmosphere, emotional range, etc.

If you feel very strong in your accents, give us as naturalistic of a performance as possible in your non-native accent. Often a weak accent will discourage us from casting you, so don’t include it unless you’re absolutely sure it’s perfect!

Goofier impressions are fun, especially if you’re more interested in cartoons and so on. Only include them if that’s the kind of work you want to be doing.

It’s good to include a little autobiographical information in the text, not the audio. Mandy and Spotlight list this kind of information, and it’s entirely up to your discretion what you’d like to share. Sometimes it helps casting directors to know, for example, whether you have a particular racial, ethnic or religious identity; consider yourself disabled, LGBTQ+ etc. Again, this is entirely down to you and not at all necessary, just worth considering.”

Personal qualities show the casting director what life experience you bring to the project and how the audience can relate to you.

Save your voice-acting reel as an mp3 and back it up in more than one location. Don’t lose all your hard work!

You want your podcast voice-acting demo reel to be discoverable by the right people at the right time. You also want everyone you know to be, at least, aware of it in case one of your friends finds a voice acting job that would be right for you. People who hire voice artists use social media too. There’s no one place that’s the best to put your reel. More than one is better.

The easiest way to get your voice-acting demo reel as much exposure as possible is to make it into an audiogram. Once you create it, embed the audiogram in social media posts, blog posts, and more. Pin your audiogram to the top of your Twitter or Facebook profile, and share it as Highlights on Instagram. This way, not only does everyone know you’re a voice actor who’s available for hire, they can hear your range of abilities.

YouTube is a good vehicle for self-promotion. Billie Jo Konze’s YouTube channel has video versions of each type of reel. She recommends keeping comments enabled so that people who are genuinely interested can interact with you. She also says, “don’t feed the trolls.” Don’t dilute the content on your voice-over YouTube channel. Save your home movies and opinions for your personal channel. This content should be focused on getting you hired. If you get rude comments or activity, delete it and block and/or report the user.

Making your own voice acting website gives you a central hub of contact information, audio clips, and a resumė. One example is actress Billie Jo Konze‘s website. An embedded player at the top has different product samples. She embeds YouTube clips of her voice reels.

Owen McCuen’s website has separate pages for different kinds of work. His landing page displays his commercial voice-acting demos. Samples of his audio drama voice acting have their own dedicated page on top of Soundcloud. Both Billie Jo and Owen have pages with good SEO. Yes, this is extra work, and it’s worth it.

Casting sites, such as Spotlight or Mandy, are where casting directors go to find voice artists. Sarah Golding’s Spotlight page, for example, has links to her reels and shows her education, CV, skills and background. If a producer is looking for a specific age range, ethnicity, skill or dialect, they can search for it. The disadvantage is that you’re in direct competition with other voice artists on the site. But, the advantage is the professionalism the site provides. Plus, your information is on the site casting directors and producers pay to use.

No single option above is the best; a combination of two or more is better. Just like any podcast promotion strategy, diversification never hurts.

When you get a professional to produce your voice acting demo reel, you’ve already sorted this out. But, you can’t book a professional studio for every audition sample. If you can record at home, you’re ready for any job. Ella says, “Make sure the sonic environment for your reel is as strong as possible, as your audio quality will be another thing being judged – especially for a company like Six to Start, where we ask people to self-record.” This means your recording setup, space, and audio editing software.

Having your own home recording studio means you can build skills and record anytime. If QCode needs you to record ten lines for an episode with Rami Malek and the deadline is in an hour, you can confidently say yes to the job. 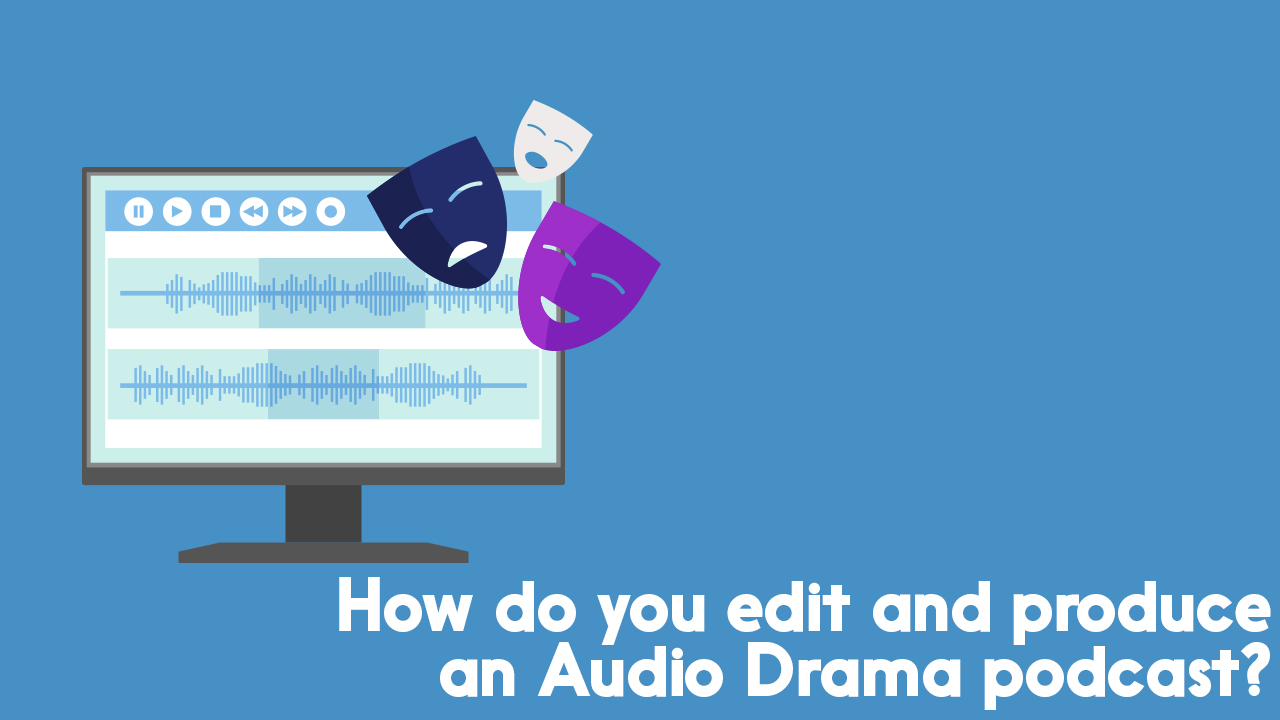 How Do You Edit and Produce an Audio Drama Podcast?

Audio Drama is one of the most complex types of podcast you can create. If you’re just starting out, it’s always good to see some examples of real workflows. So here’s ours… Find out more »

In audition classes, acting coaches have a saying about bad news: “Children are rewarded for being good, adults are rewarded for being useful.” It’s a pretty bleak and capitalistic view of the acting profession. But, it’s a fact that your voice acting needs to fit with the bigger story and sound of an audio drama. Make sure that your audio samples and reels show you to the best advantage while continuing to build skills. Your podcast voice acting reel needs to be clear, concise, shareable, and everywhere. 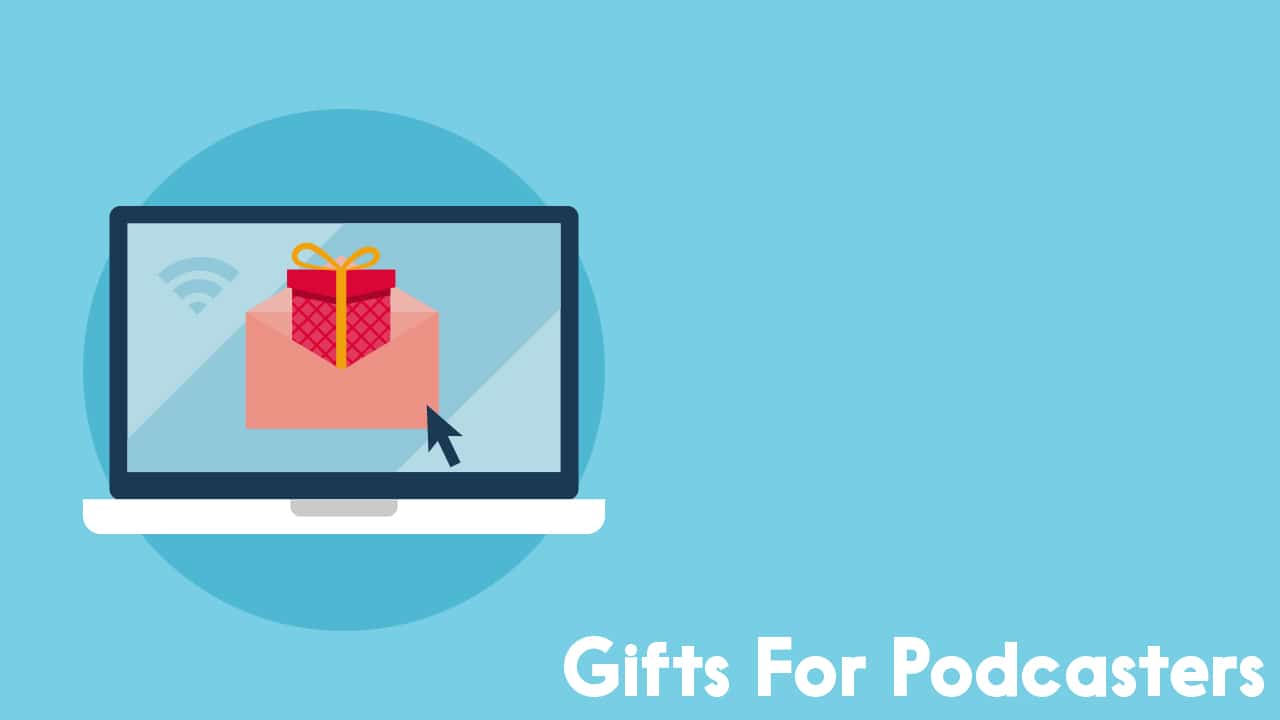 Where do I find podcast-themed gifts?

Our podcast gifts guide will help you pick out a few treats for the podcaster or pod lover in your life! 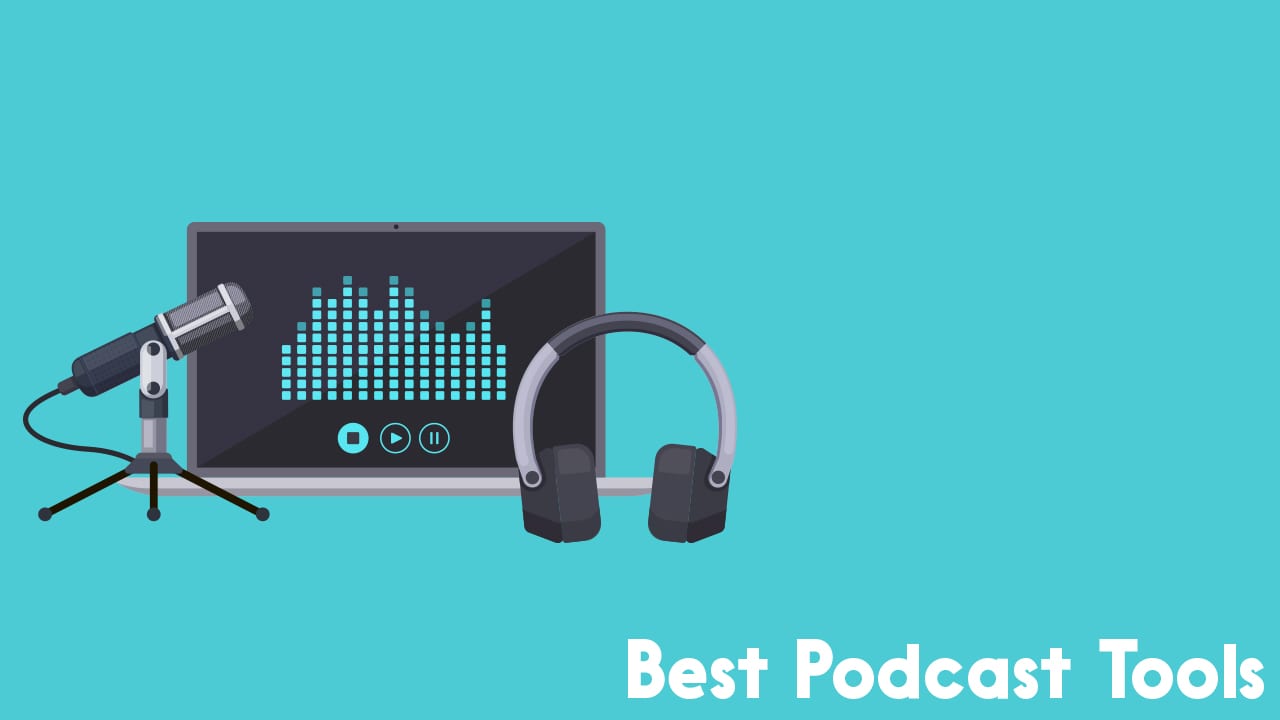 What are the best podcasting tools out there?

Learning about multiple pieces of tech can be time-consuming and confusing. We'd rather you spent more time creating great content for your listeners.