Have you burned through all your favourite audio drama and fiction podcasts faster than you would've liked?

Maybe your playlist has grown increasingly sparse, and you've started to panic about what you're going to listen to next.

Making audio drama is a complicated and lengthy process, so once you reach this stage your favourite creators can struggle to keep up with your listening needs.

Audible might be best known for their audio book distribution, but they also have a fine selection of quality audio drama in their catalogue.

The most common method of buying from Audible is through paying a monthly subscription.

In podcasting we're used to getting everything for free, but there are a few reasons why you might want to consider paying for some additional audio entertainment:

I've listened to a fair bit of audio drama through Audible in the past. Here are my favourites so far: 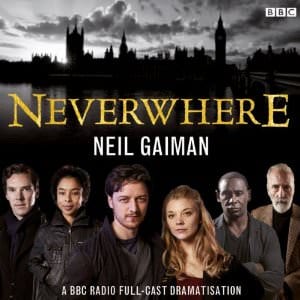 Adapted from the Neil Gaiman novel of the same title, Neverwhere is easily one of the best audio dramas ever made.

Featuring an all-star cast, including James McAvoy, Natalie Dormer, Benedict Cumberbatch, and Christopher Lee (to name a few), and pulled together by audio drama legend Dirk Maggs, Neverwhere excels in every possible area.

The story follows protagonist Richard Mayhew on a journey through ‘London Below', a bizarre, surreal, and much more dangerous version of the London on the surface.

London-based audio drama production company Wireless Theatre Company are stalwarts of the medium, and they have a wealth of talent in their ranks.

In the summer of 2016 they released two chunky anthology collections (Volume 1 and Volume 2) packed with many of their wonderful productions. The stories within range from comedy to horror, and everything in between.

These collections are only the tip of the iceberg of the Wireless Theatre back catalogue, too. They have a large volume of audio drama for sale on their website, and you can get unlimited access for only £25 a year!

Get The Wireless Theatre Collection with Audible's free 30 day trial 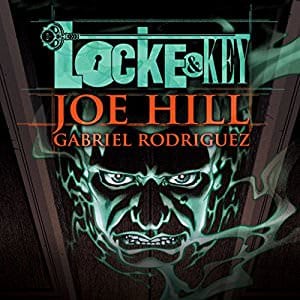 Audible aren't only a marketplace for selling audio books and audio drama; now they are also commissioning and creating their own original works.

One such production is Locke & Key, an adaptation of the cult graphic novel by Joe Hill and Gabriel Rodriguez.

This is a sprawling epic based around a family from California who move to a large house in the town of Lovecraft, Massachusetts, in the midst of tragic circumstances.

This is no ordinary house, though. The doors inside, along with the keys that open them, have the power to transport and even transform those who walk through them. 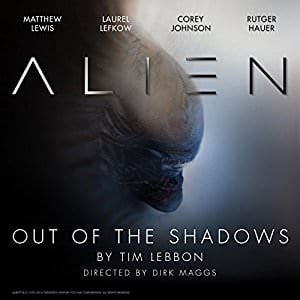 Alien: Out of the Shadows

From one Audible original to another, Alien: Out of the Shadows is the audio drama sequel to the Alien films, an adaptation of Tim Lebbon's novel of the same name.

One of the main characters in the franchise is Ellen Ripley, who returns for another encounter with the lethal Xenomorph creatures – this time on a remote and doomed mining planet.

Produced and directed by Dirk Maggs, this is a first-class aural experience that gives you the claustrophobic feeling of being stranded aboard a ruined spacecraft, or in the depths of an alien-infested labyrinth of tunnels.

Get Alien: Out of the Shadows with Audible's free 30 day trial 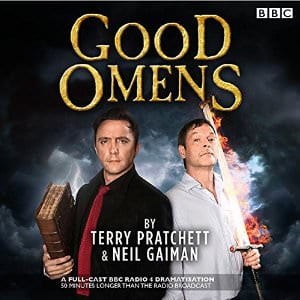 Good Omens is adapted from the novel of the same name, which was a collaboration between legendary authors Neil Gaiman and Terry Pratchett.

And who would be up to the task of adapting a work like this for a listening audience? Enter, once again, that man Dirk Maggs.

Good Omens tells the story of how the Apocalypse is set to begin in the quaint English village of Lower Tadfield.

An angel and a demon forge an unlikely alliance in an attempt to prevent Armageddon, at least for the time being.

In order to do this they must find and kill the Antichrist, who may or may not reside in Lower Tadfield.

The first audio drama I ever downloaded from Audible was Bradbury 13, which doesn't seem to be available there anymore.

Bradbury 13 is a collection of Ray Bradbury stories, which were beautifully adapted for radio in the 1980s.

You can still buy them (all, or individually) on TwilightZoneRadio.com – I thoroughly recommend checking them out.

If you want a free taster, check out this episode of Radio Drama Revival, featuring A Sound of Thunder – one of the best stories in the collection – along with an interview with the creator Mike McDonough.

Taking the Pressure off your Favourite Podcasts

There you have it – well over 40 hours of uninterrupted, top-tier audio drama for just six Audible credits.

That should be enough to handle even the longest of commutes for the foreseeable future.

And in that time your favourite podcasts will continue to release new episodes, too. Before you know it, your playlist will be longer than Dr Who's scarf!

Of course, if paying for your audio drama is absolutely off the agenda, there are still plenty of free podcasts out there.

Check out our best fiction podcasts roundup for 10 great suggestions on that front.

If you’re a fan of fiction podcasts then it’s totally worth listening on a good set of earbuds or headphones. That doesn’t mean breaking the bank, either. Here are our best headphones for listening to audio drama – there’s something there for any budget!