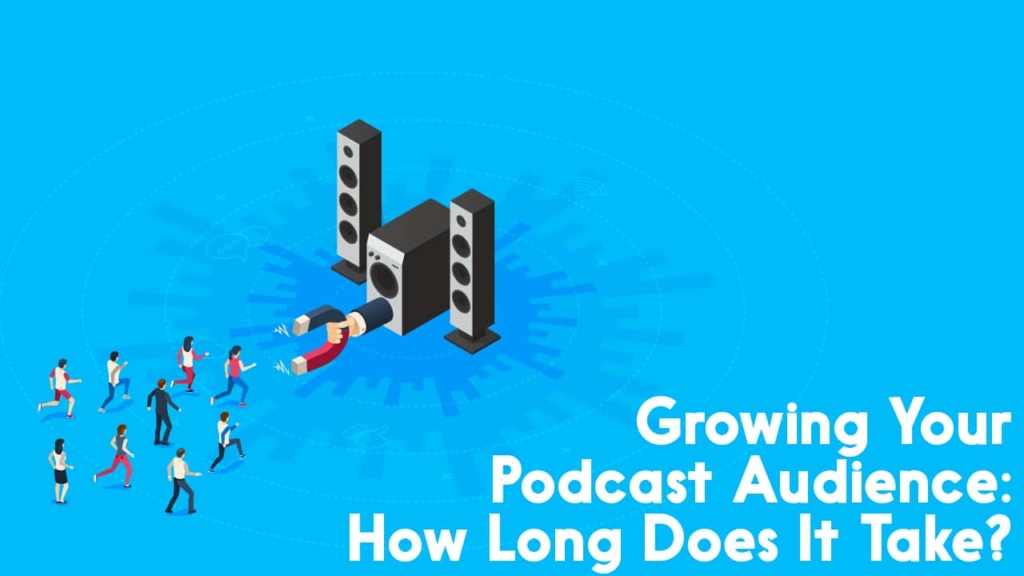 It's one of the most frequently asked questions in the medium. How can I grow my podcast audience?

We all love the thought of reaching more people with our podcasts. There's real satisfaction in seeing a steady increase in download numbers when you're checking your stats.

But it's important to set some expectations. Many people start a podcast, only to give up a few months later because they are disappointed with their download numbers and audience engagement.

There's no one-size-fits-all answer here, it depends on a lot of different factors. The biggest factor is your topic and niche.

Audience engagement can be a better gauge of how you're doing than simple numbers. That's not to say download numbers aren't important though.

It's easy to be discouraged when you hear about some of the top podcasts getting 50,000 downloads an episode. Comparing your own numbers to a handful of the biggest shows in the world's numbers isn't going to do you any good though. Let's put things into perspective.

In May 2020, on episode 167 of the show he revealed their latest figures. These are based on the number of downloads in the 30 day period following the release of a new episode.

For a deeper dive on this, check out What's a Good Number of Downloads for a Podcast?

You can use these figures as a rough guide, but don't obsess over them. As I've said before, it's all about your topic and your reach.  If you have 30 hardcore listeners, your priority first and foremost, should be to create the best content you possibly can for them, rather than spending all your energy worrying about the people who aren't listening.

That in itself is a promotion strategy. Those 30 people will love your show so much that they'll want to share and recommend it at every opportunity. They'll effectively do your marketing for you.

Overnight Success – How Long Will It Take?

Whether you like him or not, one thing we can all agree on about Gary Vaynerchuk, is that he's built a massive audience around his content.

But its important to remember that there was a point where he had no audience at all.

Vaynerchuk says himself that, for the first 18 months of his video series WineLibraryTV, “nobody was watching”.

18 months is a long time. Much longer than many new podcasters last before they give up due to having “low” download numbers and no audience engagement.

“I was thirty years old before anyone ever saw me. From fifteen to thirty, I was building businesses. I put in actual work.” Gary Vaynerchuk explains in one of his videos, which was titled ‘How to be an overnight success'.

“Because all those people you call an overnight success? They have the same story as me. They worked. Maybe you don’t see it. But you’re seeing it now.”

A few eyes were opened in podcasting recently when Joe Rogan signed an exclusive deal with Spotify, reported to be worth around $100 million. He's been working away building a following for about 30 years, and his podcast was launched in 2009.

That's not to say that 11 years of podcasting guarantees an $100 million dollar payday, of course. But the rewards are likely to be a lot higher than if you've only been doing it for 11 weeks.

If you look around at the blogs you read, or the people you respect online, or the organisations that you want to work with,  the myth of the overnight success is just that – a myth.

The reality is that you're probably not going to be seeing huge numbers in the early days.

But the good news is that there's still plenty you can be doing to increase your chances of picking up new subscribers. There are many different ways you can stack conditions in your favour for growing your podcast audience.

In the next article, we're going to kick things off by getting back to basics. We'll be asking questions like;

In the words of advertising guru Bill Bernbach, “Nothing makes a bad product fail faster than good marketing.”, so we need to make sure we're on the right track before we go any further on the promotion front.

So head on over to Building on Solid Foundations and let's get started.