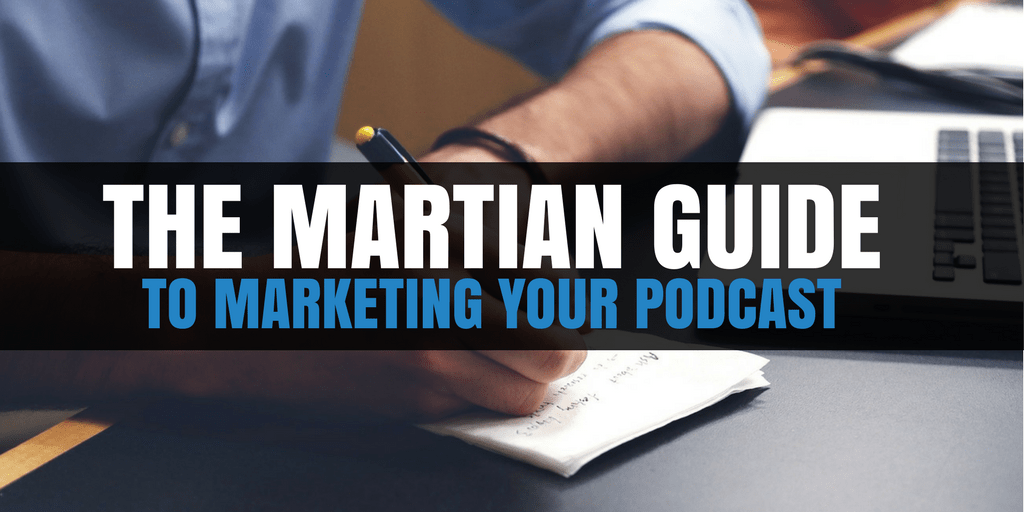 “We’re certainly not advocating that you form some kind of armed militia to spread the word of MarsCorp. But we can’t stop you from doing that either.”

Getting noticed is an increasing challenge for new audio dramas seeking to gain visibility in an ever more crowded field.

Of course, gaining a backing from a large broadcaster or a big-name actor is a major advantage; but the beauty of audio fiction is that good stories continue to make a breakthrough, achieving a cult status amongst fans.

So what makes you so interesting?

It’s the question everyone wants answered – how do we get our content noticed? 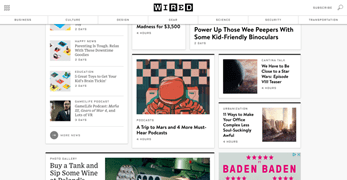 Other than good quality, longstanding audio dramas usually have something that makes them stand out. Think of the pulp movie posters of Naranda Radio, the radio-show style of Tanis/The Black Tapes or off-beat ‘stay strange’ motto of the Bright Sessions – available on mugs or T-shirts of your choice.

Launching in July last year, MarsCorp is a great example of a show that’s really thought about all aspects of promotion. A small-budget, sci-fi comedy that rapidly gained publicity on both iTunes and Wired Magazine. It’s a great example of what can be achieved with a small amount of money.

Getting the basics right

So you have a big idea, but how do you know there’s an appetite for it? One of the reasons why MarsCorp succeeded is that the production team, Definitely Human, knew what their fans liked.

Having already made the post-apocalyptic radio-show, The Bunker, they had the feedback on what worked and an audience likely to enjoy something similar but bigger in scale – giving them an early advantage in new iTunes reviews.

Another benefit of starting off smaller is that it enables new productions to learn the craft and make mistakes early. Large multi-cast dramas are tough to manage. Many new series run into problems with iffy first episodes, haphazard release schedules or a wandering plot.

Learning from their experience on The Bunker, the team produced the whole MarsCorp series and presentational materials before it was released, giving them space to focus on promotion.

In audio, it’s all about the images

Presentation matters. No matter how compelling a story is, listeners may hesitate subscribing if the image looks amateurish, staid or derivative. Commercial audio firms like Big Finish take this to heart, ensuring each new release has their distinctive action-short cover, that justifies the price-tag.

This is a tactic that MarsCorp used to great effect. 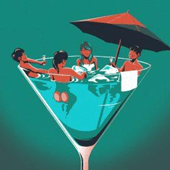 Not only did they have a great series cover and a slick website, they also had an image to illustrate every episode. Painted in ‘Marian’ green, red and yellow, these comic sketches act as sneak peek on the forthcoming story and crucially turn a new release into an event, perfect for sharing on social media.

Associations are also important. In word-of-mouth recommendations, it helps to be able to say “if you liked that story, then you’ll love this.”

Limetown and The Black Tapes do this with a reporting style that echoes the hit show Serial. In MarsCorp the zany electronic music draws the listener’s thoughts to British sci-fi classics like Hitchhiker’s Guide to the Galaxy and TV’s Red Dwarf. It creates an expectation of what comes next in a way the listener can almost visualise.

Entertainment isn’t just about the drama

It’s an awful truth but people buy from people – from those they admire, like or trust.

Many fiction podcasters are masters at social media. People like Lauren Shippen of The Bright Sessions, Gabriel Urbina of Wolf 359 and practically the whole cast of the Wooden Overcoats team are fantastic at engaging with their audiences and advocating for their shows.

MarsCorp takes another tack. News about the show comes not from the creators, but from one of the show’s character’s, Bonnie, the show’s cheerfully unhinged Communication Manager, who’s news-style swings between lewd, the bizarre and the downright alarming.

It’s a fun, if not entirely novel approach, that keeps the performance going beyond the podcast and that’s exactly the point. Listeners buy into the whole experience and not just the 30 minute segments.

Looking beyond the show

More than just MarsCorp, Definitely Human have a number of plans in production. They have a parallel media business in film, The Bunker podcast, and a fantasy series in the works. All this activity sounds exhausting but in the long-term it enables them to start cross-marketing to fans across different shows.

This approach follows a broader trend in the industry.That is the development of multi-show production houses and podcast networks that mix together popular fiction and non-fiction titles, with industry representation bodies giving individual shows better links to advertisers and great promotional opportunities.

Definitely Human have anticipated this trend. Like Audioblivious and others they’ve directed their fund-raising activities towards the company, rather than the show, giving them much more freedom to produce new content without losing donors. The team use Patreon for crowd-funding and are prolific posters taking care to build a sense of community around their productions.

Even here the sense of performance in maintained, with production updates sounding like they’re coming from the flight-board of a crashing space-ship. “It might seems like we’re taking on too many new projects…but nothing could be further from the truth! Everything is under control! It’s all fine! Don’t even worry about it! Ha ha ha ha ha ha.”

A Martian Guide to Marketing

In practical terms, the main lessons MarsCorp offers to new podcasts is to:

Richard Brooks is Researcher at Coventry University focusing on innovation and entrepreneurship in technology and creative sectors.

Richard Brooks is Researcher at Coventry University focusing on innovation and entrepreneurship in the creative sectors. He currently manages a 20 university research programme looking at how new ideas become commercial success. Richard is a life-long fan of audio fiction and has written in a number of national and international publications, as well as giving talks on audio drama’s revival. In his spare time he acts and writes short-stories and scripts.