‘How Loud Should a Podcast Be?’ is a guide to podcast volume levels, put together by our resident audio engineer Matt Boudreau. It is aimed at intermediate-level podcasters who’ve been working with audio and audio files for a while now.

If you’ve started to find your feet with your content and the general logistics of podcasting, and are now ready to take your audio quality up a notch, then this is for you.

If you’re an absolute beginner though, and are just looking for a very quick and simple “podcast volume” answer, then let’s jump forward a few steps.

Have you ever been watching a movie and, during a particularly quiet scene, found it difficult to make out the words coming out of a character’s mouth?

Or how about when you’re watching TV and an advertisement comes on so loud you have to cover your ears? This despite the fact that your TV was set to a reasonable volume for the program you were watching?

And what about music? Have you ever listened to your favorite song on the radio and noticed that the volumes of certain parts of the song lack the nuance compared to when you listen to the same song from your own mp3, CD or record collection? Or worse yet, the music sounds distorted or has an unnatural pumping effect

These are all problems associated with loudness and dynamic range. Problems that can affect any type of audio – including your own podcast episodes!

Dynamic range is quite simply the difference between the loudest and softest portions of a recording over time.

A little more technically, dynamic is the signal-to-noise ratio (the difference between the signal and the noise floor) where the signal is at the loudest that the system can produce without distortion or clipping.

For more on signal-to-noise ratio, refer to What’s the Noise About Signal-to-Noise.

Peak is the highest (or less accurately, loudest) point in a recorded waveform.

In terms of listening, since a signal must be converted from digital to analog in order to be heard, true peak is typically the metric used when discussing dynamic range and loudness.

Loudness is related to the dynamic range. It is the average level of an entire recorded waveform, rather than the peak, which measures a single instance in time. That is, loudness depends on the measured volume over time instead of just the loudest point of the waveform.

It relates to our perceived loudness of the entire experience when listening to a recording. Changing the loudness of a recording, alters the dynamic range of the recording so that the quietest signals rise above a certain threshold.

Referring back to our example of a film where the quietest speech is sometimes inaudible. Many times this inaudibility is related to the noise floor, not of the recording, but of the environment in which you are listening.

Background noise, conversation, and especially HVAC systems, affect the minimum levels a given sound had to reach in order to be heard above these environmental noises.

Raising the loudness affords us some control over the listener experience, so the audio can be heard over given environmental conditions.

Raising the loudness of an audio signal has several disadvantages.

Consider the television commercial I mentioned in the introduction. Advertisers will often raise the dynamic range of their products to such a degree, that the difference can be quite jarring. Why? Primarily so that the product they are advertising still reaches your ears when you’ve gone off to the kitchen to make yourself some popcorn.

Radio stations, too, often use audio compression to such a degree that their message and the music can be heard while driving, working and above other environmental distractions. This phenomena led to what is often referred to as the “Loudness War”, a phenomena that began in the late 40s.

What this boils down to is that every music producer, audio ad creator, and radio station wants their stuff to bigger and louder than everyone else’s.

Of course, the cost of this is the loss of the nuance of the intended dynamic range of the music or performance – all in favor of simply being the loudest.

Why Not Just Turn up the Volume?

Unfortunately, simply turning up the volume does not provide an ample solution to rising above the din of modern society.

For one, turning up the volume raises the volume of the loudest signal as well as the quietest. That can lead to deafening loudness or distortion when signal exceeds the ability of the audio equipment to accurately reproduce it.

This in turn leads to a need for constant adjustment on the part of the listener as the volume fluctuates between the softest and loudest portions when listening.

To compensate, a peak limiter is often employed to keep true peak measurements below the point where they would be problematic for audio equipment to reproduce.

For more on limiting, check out Tools of the Trade: Compressors.

Limiting your audio peaks comes at a penalty of losing your dynamic range.

For the most part, in podcasting, it is up to the individual engineer to find the balance between dynamic range and the desired listener experience.

Fortunately, there are a number of organizations that have already explored the science and legal regulation of listener experience, and determined some best practice standards depending on your environment and region.

Films, television and radio have standards for loudness based on your region. A great list of regional specifications can be found in Annex D of this document from the Audio Engineering Society Technical Council.

Podcasting however, is much less regulated, and no standards really exist yet for loudness levels in podcasts.

The folks at the Audio Engineering Society have provided us with some recommendations in a technical document titled Recommendation for Loudness of Audio Streaming and Network File Playback.

The recommendations are based on studies of typical listening scenarios (in the car, on the subway, walking or biking in urban traffic) and provide a good baseline that I use in my podcast productions.

For quick reference here is their recommendation:

What the Numbers Mean

TP refers to True Peak, which we discussed in the Peak section of this article.

The True Peak is set to -1 to avoid clipping and distortion, which can occur, especially in low frequencies, during the conversion process from uncompressed audio to mp3.

Loudness Units are a fairly recent normalization standard replacing dBFS (Decibels relative to full scale) because of its accuracy to how our ears actually perceive sound.

The maximum recommendation of -16 LUFS allows a balance between a higher loudness without excessive peak limiting, which can make your audio sound unnatural and unpleasant to your listeners.

The minimum recommendation of -20 LUFS allows for improved audibility on mobile devices while used in typical listening situations.

I have found that -20 LUFS can sometimes be too limiting for audio drama programming, especially if your productions are designed to have more immersive sound design with more nuanced dynamics.

In these cases, I generally use BS1770 loudness standards that are used for films in loud cinemas.

In my studio, I almost exclusively use the Loudness module built into iZotope RX6 to set loudness.

It comes with the most common loudness standards already built into its presets, and it it relatively simple to use to add your own numbers:

If you find RX6’s price to be a bit daunting and are looking for an integrated solution in Adobe Audition, you’re in luck.

Audition’s Match Loudness Settings are just as easy to use built in to the software.

If you, like me, are a convert to Reaper, loudness control is still possible, but you’ll have to install a set of extensions called SWS Extensions, available for download here.

Even if you’re not concerned with loudness and using Reaper, I highly recommend installing these extensions, which really expand the software’s actions and capability to a whole new level.

Reaper’s weakness in this regard is its inability to hand True Peak limiting, which can be easily compensated with the free Limiter №6 VST from vladg/sound.

How Loud Should a Podcast Be? Conclusions

Effective use of loudness can be a huge boon to your podcast in terms of overall audio intelligibility to your listening audience.

Podcast audiences tend to be a community or people on-the-go, and loudness, carefully used, can compensate for the busy, high-traffic, high noise environments where podcast listeners tend to dwell.

Really, the single most important factor in podcast loudness, is that the volume levels should be consistent throughout your episode. Your listener should never have to adjust the volume because some parts are quiet, whilst other parts are so loud that they blow out their eardrums.

Are You a Complete Podcasting Beginner?

If this all seems a bit too much on top of all the other stuff you’re trying to learn at the moment, don’t worry. Here are some key tips for you when it comes to how loud a podcast should be.

Doing Your Own Editing & Production?

In the short term, simply try to keep your waveform (the visual representation of your audio) similar to the one in the image here, which is a screenshot from inside Audacity.

Here, the ‘peaks’ of the audio are generally in between 0.9 and 0.5 in the scale running down the left hand side.

None of them are hitting the floor or ceiling of the window either, which helps you avoid distortion.

Aiming for a waveform that looks similar to this one can work in the short term as a very rough guide.

It’s far from perfect though, as this exact waveform would sound much quieter if it was recorded through a telephone than it would had it been recorded with a studio mic. But it’s a useful starting point.

The Simplest Way to Make Your Podcast Loud Enough

If the thought of diving into all this podcast loudness stuff makes your head spin, there is another way where you can achieve perfect podcast volume levels without the slightest bit of technical know-how.

Our ‘podcast maker’ app Alitu automates your podcast production. It’s a simple drag and drop interface that allows you to easily build your episodes, and it’ll automatically produce them to podcast standard volume levels. No technical knowledge needed, and you can try it out free for 7 days to judge for yourself!

Alternatively, you might also consider outsourcing production to a dedicated podcast producer. See the list of options we’ve put together for you in the aforementioned link.

If you are keen to master podcast loudness yourself, though, be sure to revisit the main body of this article in a few month’s time, once you’ve found your feet a bit.

You’ll be amazed at how much you’ve actually learned in that time, just by doing it.

And if you’re looking for dedicated courses on recording and editing audio, then check out The Podcast Academy. On top of our editing and production courses, you’ll have access to training on everything from interviewing and presentation, to monetisation and promotion. We do weekly live Q&A sessions in there too, so you’ll always have access to the help and advice you need! 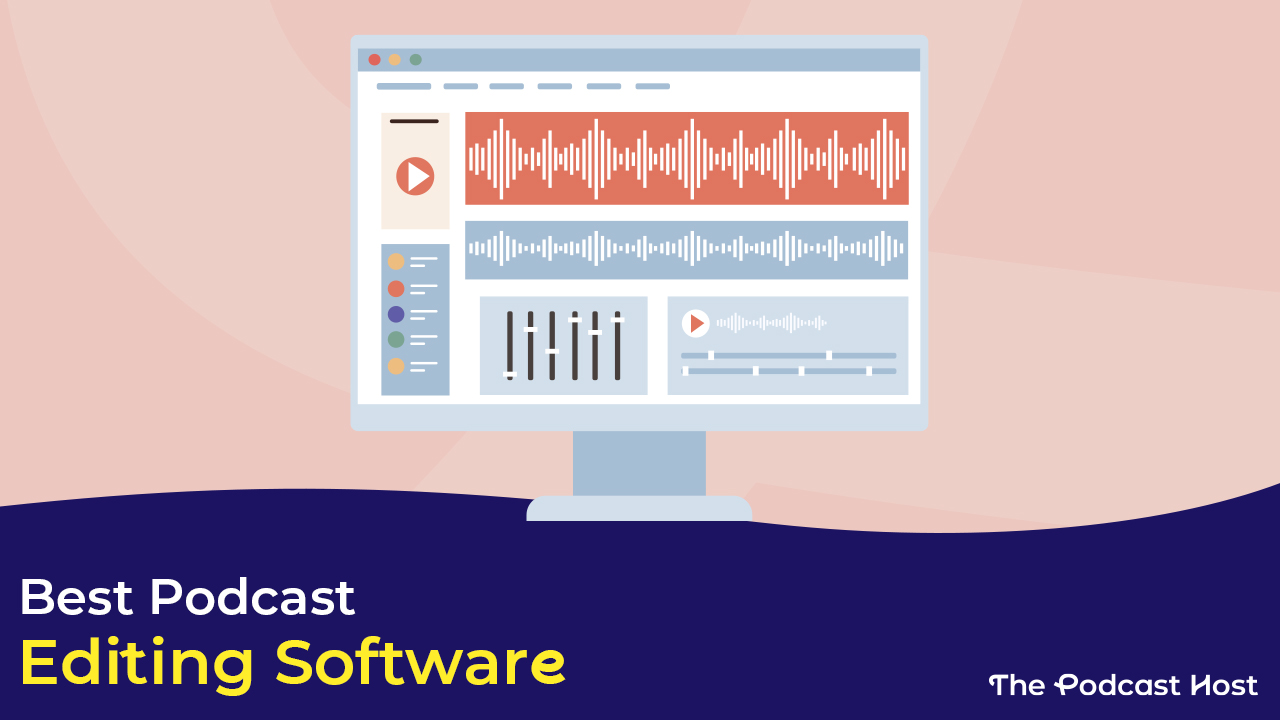