Storytelling tools can help you make your podcast more specific, immediate, and important to your audience. When I talk about “story,” I don’t mean fiction, necessarily. A story is change over time. Story is a recipe for how we deal with conflict. How does this work for non-fiction? Human brains like narrative and problem-solving. They like metaphor. When humans are presented with a lot of information (like in a podcast), story structure helps them process and better understand that information. Let’s take a look at some methods of storytelling for podcasters, so you can learn how to make your podcast more interesting and useful.

Why Use Storytelling For Your Podcast?

You may say, “Yeah, story, schmorey, what’s in it for me?” Maybe your interview guests tell stories, or you recap tv shows or analyze pop culture, so you reckon you’ve got this sorted. The storytelling tools I want to share with you can help you focus your material and build affinity with your audience. Stories provide education, inspiration, and connection. A story told privately (like in a podcast) builds intimacy and trust. Or, it can destroy credibility, if you don’t do it right.

Let’s say you have a pop-culture recap and analysis show. Sharing a story about how you came to this tv show, or something it helped you to deal with, gives you more power in the podcast episode. Now it’s not just about Loki and Captain America, it’s about what you learned.

These methods of storytelling for podcasters helps your audience to put a human face on your topic and empathize with the subject matter.

What Kind of Storytelling For Podcasts Is Right For Me?

If it focuses your material, and makes it more meaningful for your audience, then it’s the right structure. Again, there are a lot of listeners who are happy to hear folks ramble all over the place, (such as in Sleep With Me). We’ll concentrate on three narrative structure methods of storytelling for podcasters: three-act, five-act, and kishōtenketsu, or four-act structure.

In Act 1, A person wants to (do something) in order to (achieve goal). Then, in Act 2, they but comes up against an obstacle, and have to find a way over, around, or through it. Finally, in Act 3, the person ends up changed by the experience.

Let’s look at the wellness podcast, Ten Percent Happier. This podcast is mostly interviews about how meditation works to help people live better lives. It’s all centered around the creator’s personal story. Dan Harris worked really hard to be a better journalist, but he had an anxiety attack on live TV (that’s Act 1). He started meditating and learned not only to cope with his anxiety, but to investigate more mindfully (that’s Act 2). He is now a better journalist, and a happier person (and there’s Act 3).

Five-act narrative structure is nearly the same, but has more detail. In the acts:

Let’s go back to Dan Harris’ story as an example of storytelling for podcasters.

A three-act structure gets you through the highlights of a good story. A five-act structure gives you more depth because it includes what you learn from failure. This shows more change in your mean character. Try applying these structures to any story from your own life: your first day of school, the last time you quit a job, any moment where things changed.

I learned about this storytelling method in a Writing The Other course, Diverse Narrative Structure, taught by author Henry Lien. Kishōtenketsu is a four-act narrative structure. It originates in Chinese poetry, and developed through Korean, Chinese and Japanese traditions. You can see this in many films by Studio Ghibli, or the Academy Award-winning film, Parasite.
The first two structures we looked at depend on conflict and resolution. Kishōtenketsu depends on synthesis and harmony, to find multi-faceted ways of understanding an issue. The parts, or acts, are:

Again, let’s use Dan Harris of Ten Percent Happier as an example.

Yes, there’s a jump forward and back in time in this narrative. Harris’ desire for journalistic integrity is what connects the second part to the third. What’s different is that he went from reporting about destruction to construction. At the end, his journalistic drive and integrity remained in, though his entire life changed. Storytelling for Podcasters is pretty heady stuff. Don’t overthink it too much.

What do you and your audience get out of this synthesis? Here’s your audience’s opportunity to fill in their own reflection and experience to find meaning on their own. This is a good place for questions and discussion.

Other Ways to Use Storytelling for Podcasters

Stories you create using these methods doesn’t have to be you telling a take into a microphone. In the case of Ten Percent Happier, Dan Harris uses his story for the description of the podcast, the books, and the brand. The story mirrors the audience’s anxieties and puts a human face on the problem Dan Harris wants to solve.

Mix Up Your Story Types

If you’re always talking about yourself, it gets old pretty quickly. Tell stories that have happened to others (with permission). Always let your guests tell their stories. I heard a podcast once where, every time the presenter wanted to use a metaphor, he said, “Let me tell you a little story.” It got to the point where I would tune out every time I heard those words. It was like a hypnotic suggestion. Three, two, one, and you’re asleep. So, don’t be afraid to try new things. Just make sure you use good scriptwriting practices, and get to the point.

Always be open to ideas. There are lots of ways you can get good stories. You can use:

Make sure you save inspiring tidbits when you come across them. David Lee Roth writes down ideas for lyrics in a pocket notebook, and calls this “banking.” Austin Kleon has a swipe file. Save up story ideas, no matter how unfinished or rough they might be, you can combine them with something else or polish them later. You can save them up in:

Writing Scripts for Storytelling for Podcasters

Scripting keeps you on track. Minimizing the script into an outline helps you sound more spontaneous. If you want to use three or five-act structure, then write down:

If you want to use the Kishōtenketsu method, or four-act structure, then write down:

Stories show examples of human behavior under duress, and how people change over time. They make the topic clearer and more meaningful to your audience.

There are loads of other ways to make your podcast into your audience’s best habit. At Podcraft Academy, we have courses about planning, recording, editing, promotion, audience growth, and more. Plus, with Alitu, you can automate the hard audio stuff and edit the rest with simple drag and drop tools made for podcasters. Don’t let anything get between you and sharing your story with the world. 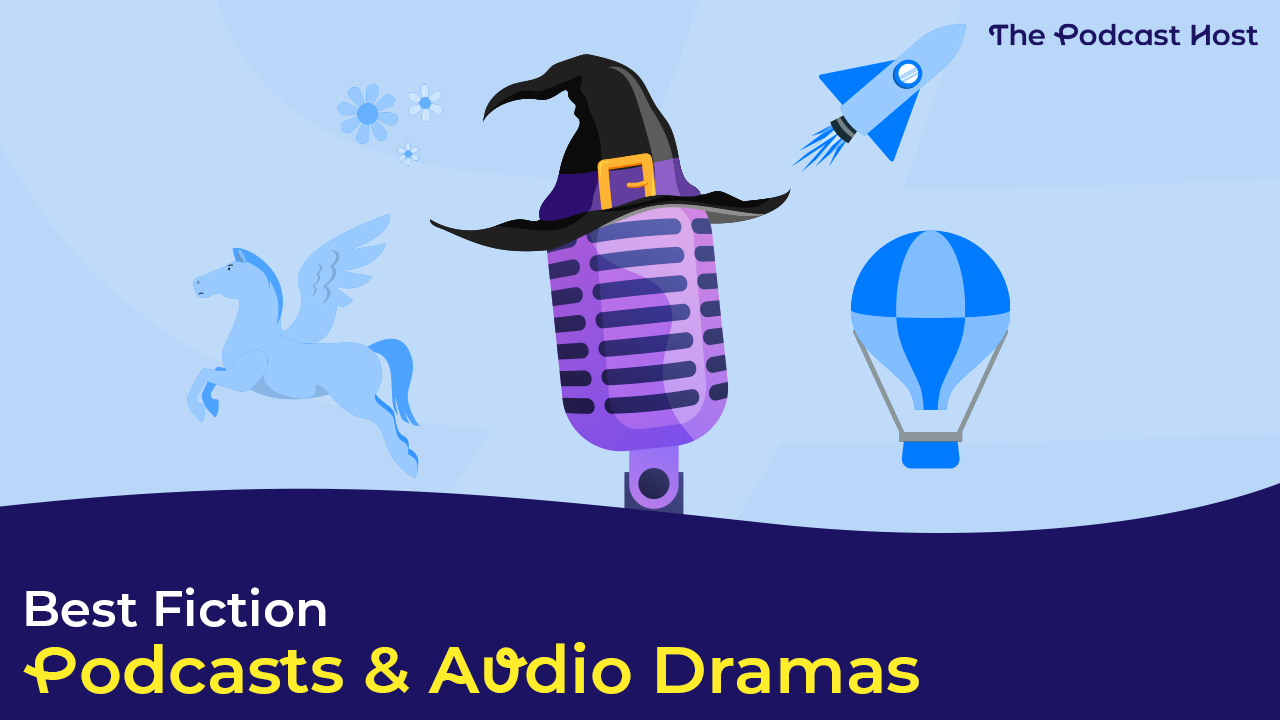 The best audio drama and fiction podcasts for 2023 beat downsizing with vivid imaginary experiences that give perspective. 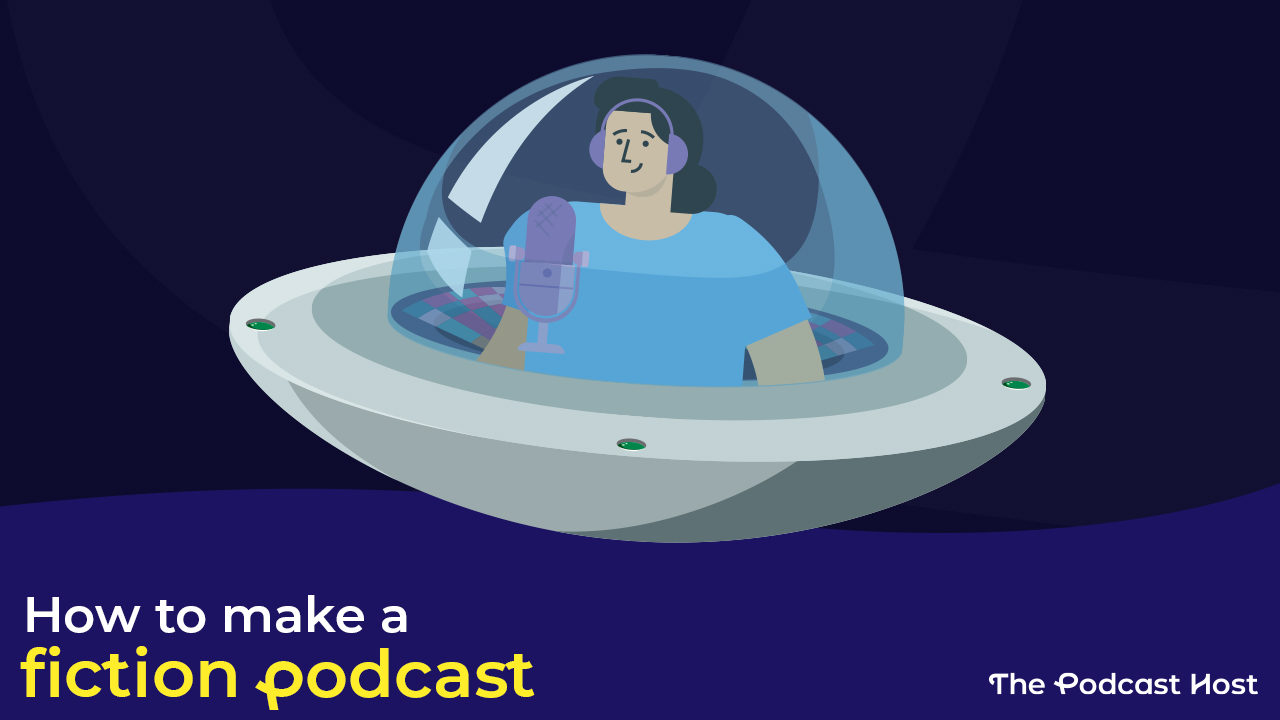 How to Make a Fiction Podcast

Love fiction podcasts? Always wanted to make your own? You've come to the right place! 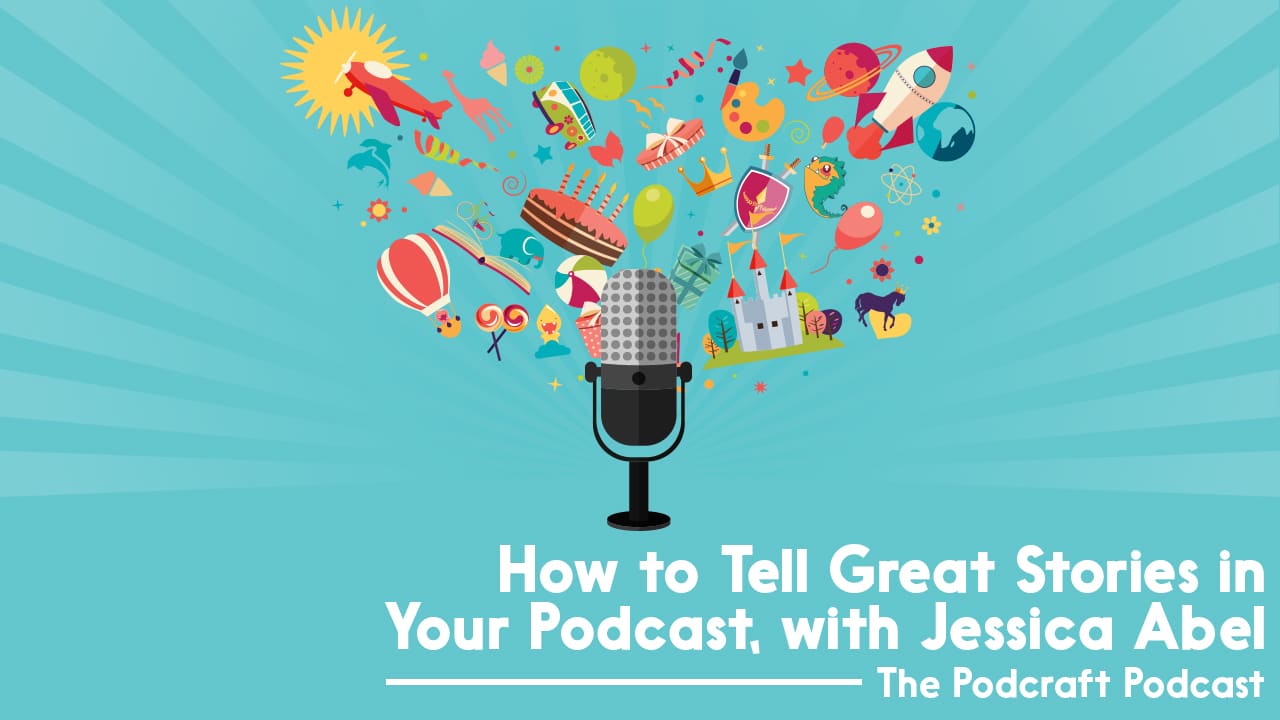 How to Tell Great Stories

By it’s very nature, podcasting is storytelling. But what makes a story good, or interesting? Well, who better to give us a crash course on how to tell great stories than Jessica Abel, creator of the essential book and podcast series Out on the Wire. In this episode, the key things you’ll learn are; How