Today I’ll be reviewing a unit called the Maonocaster E2 from, you guessed it, Maono.  Maono is a global audio microphone company founded in 2014. We’ve already reviewed some of their other kit, including a vocal mic and a wireless mic. In this review I will:

This unit was provided by Maono free of charge for review purposes. We also use some affiliate links in our articles and may earn a commission should you buy through them – though never at any extra cost to yourself!

The Maonocaster E2 is an audio interface. The unit has:

Physical Controllable Effects on the Unit

For a more detailed look, you can check out the Maonocaster E2 product page.

For these, you need to record sound effects internally into the unit.  The internal storage is limited, so short recordings assigned to the pads will be what you’re able to do.  There is no SD expansion and no drag and drop from your computer to add either sound effects or any stock sound effects.  The Sound Pads do have a separate volume control on the unit, which is nice.

Connecting the Maonocaster E2 to a Computer

A Windows machine seems to recognize it instantly. I didn’t need to switch any sound settings in the sound card window.  There isn’t a dedicated ASIO driver, currently, so you will need to use a DAW that supports direct input from Windows Audio.

When the Maonocaster E2 is connected to the computer, it still runs off of battery.  The USB C to A cable is used for computer connectivity, and there is a separate port on the unit for charging the battery.  No charging block is provided.

General Findings for the Maonocaster E2

I liked that the EQ and pitch controls had a notch in them so that you could tell when these controls were set to zero at the center.  During my testing, I found that this unit simplifies many things compared to other interfaces or mixers.  For instance, the wet/dry mode is like a light switch.  The effects are either on or off.  No need for extra routing of the fx for them to be recorded.

The headphones and speakers are on a shared volume knob. Traditionally, interfaces have separate volume controls for each.  Additionally, I also found the output from the interface a tad unusual compared to traditional interfaces.  In order to hear playback from my DAW after recording, I needed to use two separate knobs – the “aux” knob, and the “monitor” knob.  When listening through headphones, there was no volume output for playback until I turned the aux knob all the way up.  However, it was still not loud enough, so I turned up the monitor knob which then helped to increase the volume through the headphones.

This seems like a confusing way to control volume output for computer playback. The monitor knob, by itself, is Direct Input Monitoring, meaning it appears to control the monitoring of the input signal (I could hear myself in the headphones when speaking into a mic); yet, it was able to control the playback volume post-recording when used along with the aux knob. I also found it strange that there was only one speaker output jack rather than the L/R configuration, so headphones would be your best bet to use for stereo playback.

Recording With the Maonocaster E2

The preamp’s tone lacks luster, but the 60dB dynamic mic setting was able to give me healthy recording levels.  A level of -23 RMS or -24LUFS with a true peak of -4.29 was measured with iZotope RX after recording. For a budget-friendly device, the self-noise was within minimum expectation.  After boosting to -16lufs, there was some noticeable hiss not from my recording environment.

I found it unusual that two separate controls – one fader and one knob – both had an effect on the mic’s input gain going into my DAW, rather than the traditional one knob dedicated to input gain.

This feature is pretty impressive for a device at its price range. I deliberately recorded with a ceiling fan on high with a condenser mic, PM500

On-Board EQ of the Maonocaster E2

The EQ parameters are lo, mid and hi, meaning that the frequency that is either boosted or attenuated is limited.  For the test, I turned each knob to its extremes each way.  Turning the “Lo” all the way down made my higher-pitched voice tinny.  I suggest the EQ parameters should be used sparingly on a voice.

You can pitch your voice up or down with a dial in real time.  There was a little bit of a metallic sound artifact when pitching up.

Onboard Reverb Effects of the Maonocaster E2

At times, while flipping through the reverb settings, there was a crackle in the recording, and one preset failed to activate when this occurred.  Other than that, these presets sound pretty good!

This interface features a dry/wet mode option, where “dry” is the usual setting activated when no onboard processing is desired. There are also depth and decay time knobs which control the reverb parameters.  One annoying aspect of these controls was that, even when dry mode was activated, reverb was still being applied to my voice recording. It only stopped applying reverb when I turned both depth and decay knobs all the way down.

The Maonocaster E2 has a price tag of $129.99 USD.  The functionality seems to sway more towards live audio such as streaming.  Sometimes the buttons need pressing a few times to get them to activate.  After reading some of the in-box documentation and info on the Maono site, the company is upfront that their product targets introductory users and will not sound like a higher-end unit. But what stood out to me was that they state that they listen to their user base input to implement features based on that feedback.

As this new company grows and finds its footing through its products, this interaction is refreshing to see. Overall, I could understand that the design tried to make the process more simplified in some ways, but it ended up making certain controls more confusing. 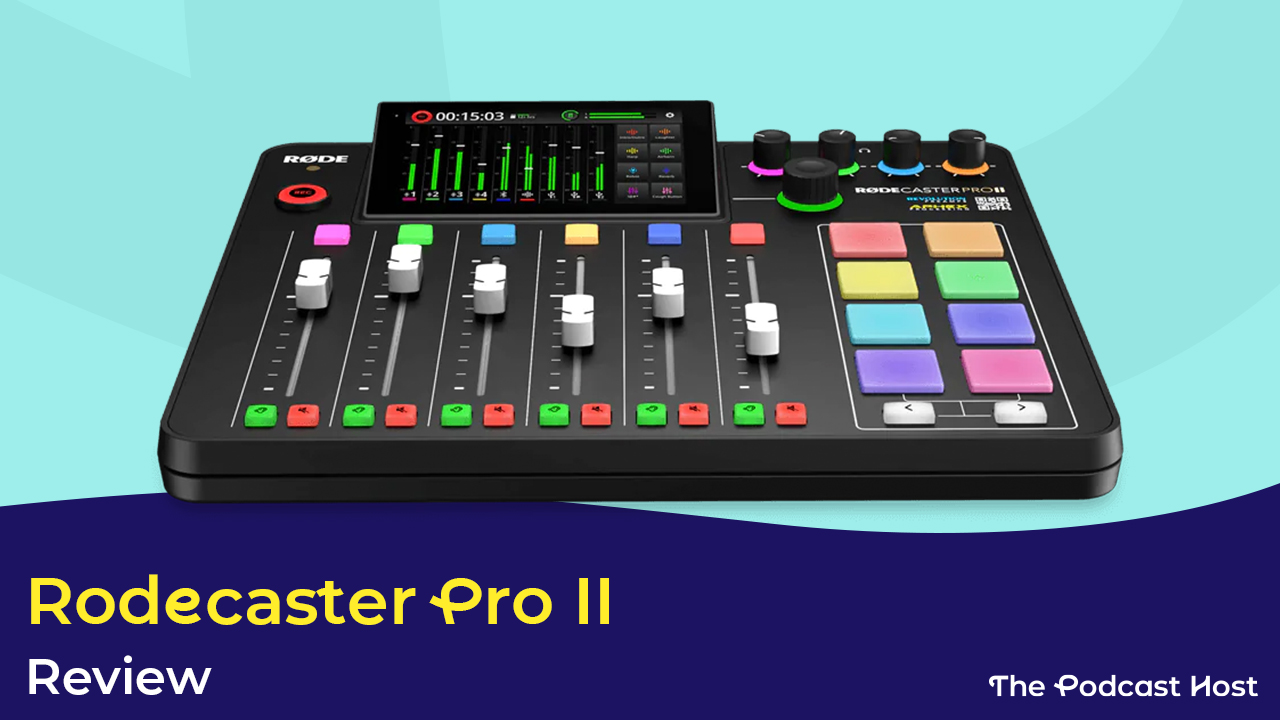 The Rodecaster Pro II is the next generation of Rode’s revolutionary Rodecaster “all-in-one” podcaster studio. Is it worth buying? Find out more »