Podcast Equipment is our most visited website category here at The Podcast Host. That’s what led us to running the ‘Grand Gear Survey’ of 2017/18.

The results of the 2018 survey can be found here. But, of course, we wanted to get the latest data, so we recently ran an updated survey for 2019. All with the aim of capturing an updated picture of the podcasting gear-scape, right, now.

But what’s the purpose of this? After all, having top-of-the-range equipment doesn’t necessarily mean you’ll have a brilliant podcast. There’s a lot more to it than that. We saw some great case studies proving this in our recent article on Podcast Setups.

So the purpose definitely isn’t to try and shame you into buying a bigger or better mic. On the contrary, you’ll see from the stats below, that most folks are running their shows with pretty modest setups. 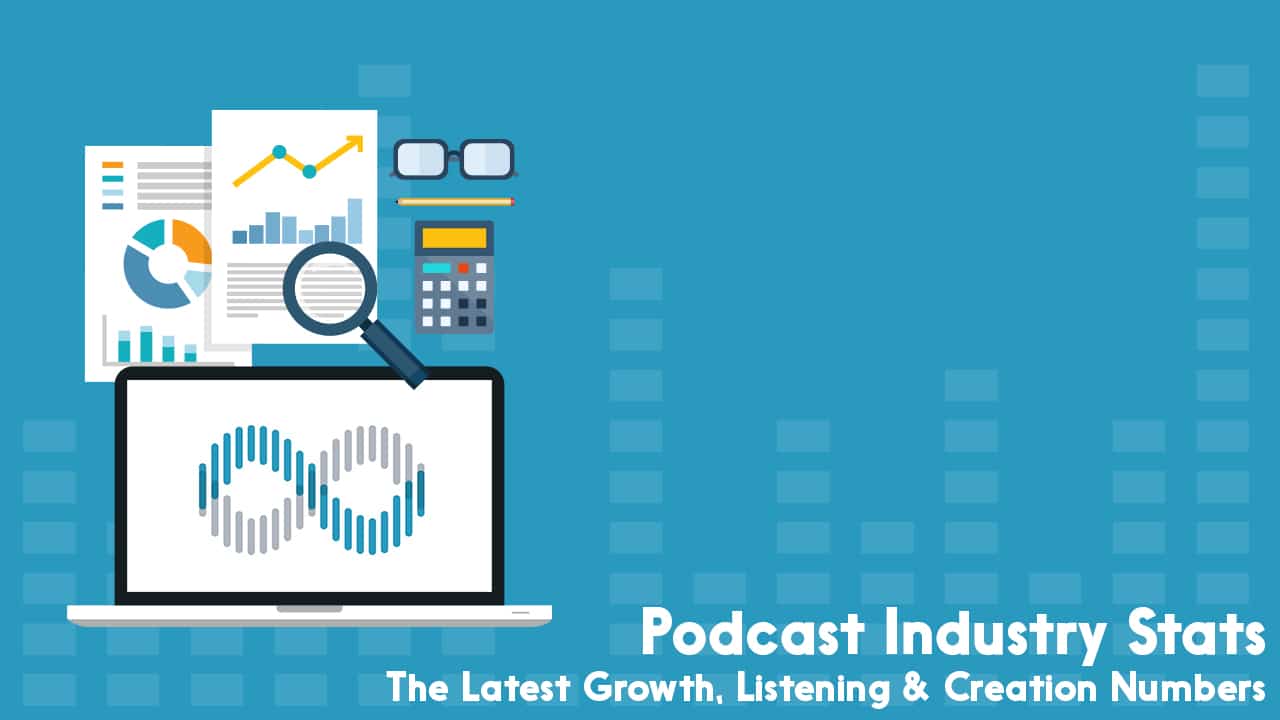 One of the main reasons for running this again, was that podcasters love gear, and stats related to it! Mainly, it’s out of a genuine curiosity for this sort of thing.

And another reason was to say thanks to our readers, by running a prize draw for everyone who entered. We’ll have more on that in the coming days!

Firstly, a little about the methods we used for this survey.

We set up a survey on our own site, using Gravity forms. This asked every one of the questions below, and allowed podcasters to fill in their thoughts.

We worked to promote this as widely as we could, primarily by inviting responses through our email list, through banners on our site here, and through our social media. We also asked friends and partners in the industry to help promote it through their own channels, and many were kind enough to do so.

We received 330 responses, in total, after this promotion. This felt, to us, enough to draw some decent conclusions.

In terms of limitations, I acknowledge that these are mainly responses from people who follow our content and who are part of our audience. This was mitigated in part by asking as many others to help us promote the survey as possible, but there’s no doubt still a bias towards our own audience. This could influence the results.

Our audience has grown throughout years of being found on Google, and via the podcast, so it has come from a relatively broad base. Anecdotally, we’ve always received questions through the entire gamut of podcasting, from launch to full monetisation, so I feel we have a diverse range of experience in our audience.

Our web analytics demographics show a reasonable spread across age, gender and country of origin. Our content category stats show a bias towards beginners content, but later-stage content like growth, monetisation, presentation skills and the like still get a lot of attention. There are, after all, a lot more beginner podcasters than those who have stuck with it for a few years!

In future surveys, I think we could do better at reaching other communities, groups and types of podcasters to make sure we’re representing the entire industry, here. I’ll commit to working with even partners to make sure we gather those opinions – watch this space for the next edition and an updated methodology!

Alright, let’s get on to these podcast equipment stats.

It’s the one piece of kit you absolutely can’t podcast without – the microphone.

We have our Best Podcast Microphones roundup, put together based on our own experiences and opinions. But what are the podcasters we surveyed using?

Here, we asked the question “What make is your main recording microphone?”

Last year, this title was taken by Blue, but they were de-Throned this year by RODE.

Here’s the full list of makes mentioned in the survey, from highest to lowest.

Participants were also asked if they owned any other makes of microphone. The top 5 brands for ‘backup’ mics were Blue, Zoom, RODE, Audio Technica, and Shure.

Here, we asked the question “What exact model of mic do you own (if known!)?”

Last years top 3 were the Blue Yeti, the Blue Snowball, and the Shure SM58. And that’s exactly how it panned out again this year, with 17%, 9%, and 9% respectively.

This was to do with mic build and functionality. Here, we learned that 33% of participants were using USB microphones.

Note: before you write in, we know these aren’t mutually exclusive – plenty are using a USB Condensor mic, for example! It just made sense to combine these stats on ‘type’.

Here, we asked the question “Do you have a stand for your mic?”

13% of respondents aren’t using any sort of stand. That initially sounds quite high. Remember, though, some are using lavalier mics that pin onto clothing. There may be others whose USB mic and mic stand are all one piece of kit, prompting them to answer “No” here.

The most popular type of mic stand was the trusty boom arm, coming in at 42%.

You can read more about our favourite boom stands here.

Here, we asked the question “Do you use a pop filter or windscreen?”

20% of folks get sent to the naughty step here for not using any plosive protection. We’ll give them the benefit of the doubt though and say that they’re probably using mics with “built in” pop filters (do those ever really work?), OR they have incredible mic technique.

The pop filter took 36% whilst the foam windscreen got 26%. Props to those super cautious folks in the 15% bracket who’re using both!

Find out more about pop filters and other podcasting accessories here.

Enough about mics then. What about some podcast equipment stats based around listening back to your audio? Either during recording, or afterwards in the editing phase.

Here, we asked the question “Do you record with headphones on?”

26% of people obviously like to live dangerously by assuming that the recording is all going well. This is the podcaster version of a free climber or skydiver. They’ll learn the hard way…

Here, we asked the question “What do you use to listen back when editing?”

The strong winner here, in at 74%, was headphones. 15% use their normal computer speakers, whilst the audiophiles and their studio monitors come in at 9%.

We’ve talked extensively about microphones already. Though you might own a microphone, you still need something for that microphone to record in to. That was the purpose of this part of the survey.

Here, we asked the question “Do you use a mixer or audio interface?” (eg; a digital recorder)

Here, we asked the question “What do you record into?”

A chunky 67% are recording straight into their computers, using software like Audacity or Audition, a web app like Alitu, or call recording software. This could be directly through a USB mic, or they may be running an XLR mic in through a USB interface like the Focusrite Scarlett 2i2.

25% are recording into digital recorders. Here, they may be recording directly into the recorder with no other gear, or plugging in an XLR mic, or bringing their audio in from a mixer or interface.

Here’s a couple of questions on the creation of additional content along with podcast recordings.

Here, we asked the question “Do you video record your podcast?”

17% of participants look to be dabbling in a bit of Youtube. I wonder if they’re the good looking ones amongst us?

And finally, we asked “Do you broadcast live during your recording?”

10% of brave souls said yes. They obviously thrive on the thrill of “going live.” I just hope they’re sure to edit out the bits where they say hello to everyone in the chatroom during a recording session!

So there we have it, that’s your fill of podcast equipment stats for another year.

Any key takeaways? Well, Blue might’ve lost their crown to RODE as the most popular mic brand among our respondents, but the Blue Yeti is still the most commonly used mic model here. RODE does have a lot of different mics on the market (all with very similar names) so they had a pretty split vote on that front.

Aside from that, direct-to-computer is comfortably the most popular recording method found here. It’s likely that this is due to so many folks running remote interview podcasts, and using various types of call recording software.

And more of our respondents are doing video than doing live broadcasting, but both remain relatively uncommon in the grand scheme of things. It’s clear that most podcasters enjoy recording their shows hidden away in a dark cupboard, safe in the knowledge they can edit out all their mistakes afterwards! 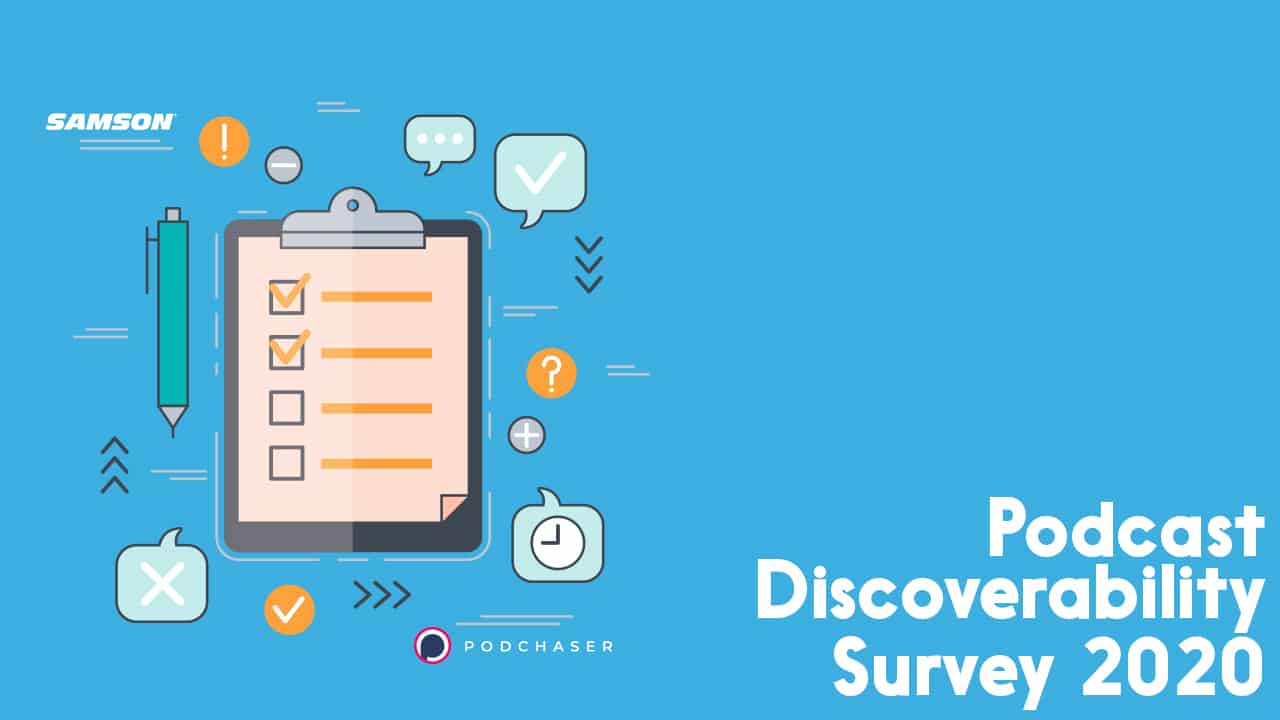 Podcast Discovery Stats in 2020 | How Do Listeners Discover New Shows?

Get the lowdown on the podcast discovery and listening habits of 780 listeners. Find out more »

Finally, although we’ve just spent all this time talking about podcasting equipment, podcasting really isn’t about the equipment. There’s a lot more to it than that – your content and topic, to name but two other key areas.

We can help you with all aspects of podcasting over at Podcraft Academy. There, you’ll find all our courses on everything from equipment and editing to promotion and monetisation. There’s also a tonne of downloadable resources, checklists, and guides, an active community, and we run regular live Q&A sessions so you’ll never get stuck on anything again!