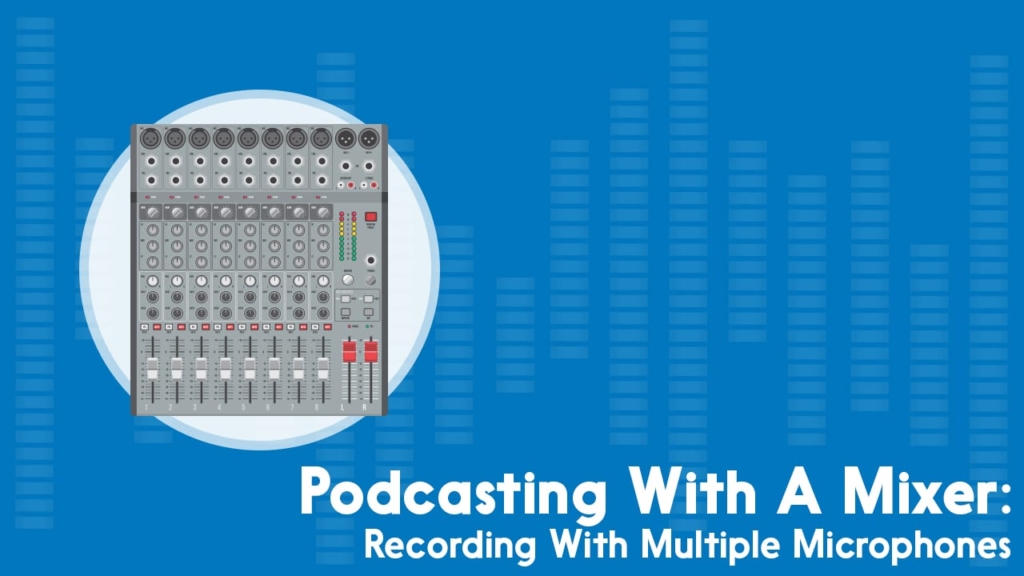 I had a question this week which I thought was worth sharing with everyone, all about podcasting with a mixer, multiple microphone recording, and using Audacity as your recording platform:

I have already recorded a couple of podcasts that have come out great. But I was recommended to use Audacity as the main program to cut and edit.  However Audacity won't recognise the file format I'm using.  It has also been recommended that I use Reaper to record. If I purchase a license key, do you know if it is easy to get the program to recognise up to three microphones? The free trial version will only detect one microphone, and I don't want to waste money if it doesn't and so far I have asked several people who use the program but when asking this question I get no response, I also have not been able to find any information on the internet regarding this matter.

First off, Audacity is a great editor – I'm constantly amazed that it's free given that it offers so much power and flexibility. I'm surprised it doesn't recognise your recording format though. Do you know what format you're recording in? And what are you using to record currently? Normally you can set any recording device or software to output to MP3 or Wav, both of which would be fine for Audacity.

It has to be said though, that as good as Audacity is, Reaper is definitely a more intuitive DAW. It'll cost you $60 to buy a license but you'll find many benefits from using it in the long run. If you have a compatible USB mixer or preamp you will be able to easily record multiple mics independently into Reaper. On top of that it isn't a ‘destructive' editor – meaning there's much less chance of you saving over raw files with irreversible changes. A by-product of that is that it doesn't clog up your hard drive with multiple copies of the same file either.

The best way to get multiple mics recording at the same time is to use a mixer or preamp. The Yamaha MG10 is one that we use frequently in our studio. That mixer can plug straight into your PC to input directly to Audacity, or you could record to a digital recorder, and then input that file to Audacity for editing. Running a mixer like this into Audacity won't record each of your mics in their own individual tracks however.

Although it is possible record multiple (3 or more) mics simultaneously in Audacity on independent tracks, finding the right hardware/soundcard combo is difficult, and many of the external devices reported to have worked in this way with Audacity are no longer on the market.

It's much easier to record with only 2 mics independently into Audacity though. Using a USB device like the Focusrite Scarlett 2i2 with 2 XLR mics plugged into it, and setting your recording to ‘Stereo' inside Audacity will record one mic onto the left side of the track, and the other onto the right. You can then split the track into 2 separate mono tracks after you've finished recording.

If you really want 3 mics, and want to stick with Audacity, then one simple option is to plug in 3 simple mics through a splitter like this Belkin. That lets you put 3 normal 3.5mm microphones into your PC mic port and record directly to Audacity. You lose the power then to set different levels on each mic, but it's a lot cheaper!

But if the 3 local mic setup is something you plan to do long term, then it'll certainly be worth considering investing in Reaper in the future. As for the hardware, I'm a big fan of the Focusrite Scarlett 18i8, which takes up to 4 XLR mics at once.

If you'd like more information on mixers then you might be interested in our best mixers for podcasting roundup. On top of that, we have a number of video tutorials demonstrating some of the setups mentioned above inside the Podcast Host Academy.

7 thoughts on “Podcasting with a Mixer: Recording with Multiple Microphones”